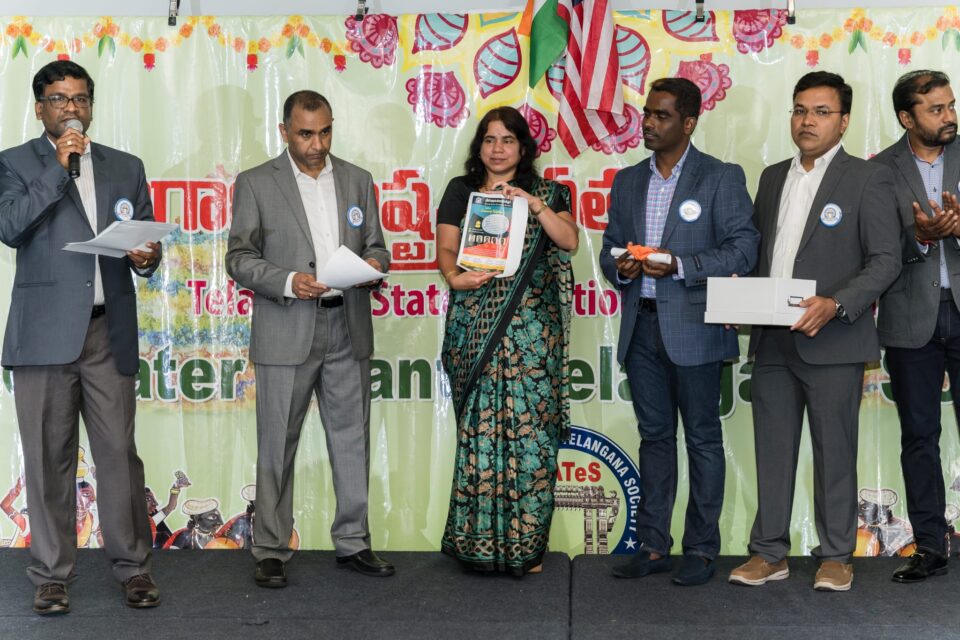 Along with paying homage to sacrifices made to achieve separate state of Telangana state, the event also recognized contributions of frontline workers across the world during the pandemic. “GATeS association salutes each and every one of them for all the sacrifices and brave effort,” said Kishan Rao Tallapally, President, GATeS.

Pannela’s patriotic rendition of Telangana state song “Jaya Jaya HE Telangana” invigorated the audience.  A moment of silence was observed in memory of all martyrs.

Chittari Pabba unveiled all GATeS initiatives and Kishan Tallapally thanked all the sponsors and well-wishers of GATeS for their unconditional support to make the organization successfully serve locally and needs back home. Gates leadership started new initiatives to work with local governments to help charities or services to build relationship for betterment of the society.

Dr. Kulkarni launched new initiatives of GATeS including Community help line, Scholarship program and Monthly food drive. She also spoke about the program Chatbot, which helps any service from consulate online and 75 years Independence program. Mayor Gilvin underlined the services of Alpharetta emphasizing that the Indian community serves as great asset towards the growth of the city. Perkins highlighted the association of Indian community in law enforcement and vaccine help.

While vivacious and energetic dance performances by Garima Dance Academy and Pushyami Lanka entertained the audience with the rhythmic strides, popular singers Srinivas Durgam and Janardhan Pannela entertained with crowds with their song renditions. A sumptuous spread of local Telangana delicacies including Sakinalu, Murkulu and Garelu pampered the crowd’s palette.

“To make any event successful, lot of hard work needed behind the scenes, and we thank each member of committee for their heartful support to make the event grand success.” Said Tallapally

“GATeS appreciates and is thankful to all the sponsors for generously donating to help GATeS execute events, services and activities and hoping to have more support from them in future as well,” said Tallapally

Pannela concluded on a high note appreciating all the people who supported and attended the event, in his vote of thanks.