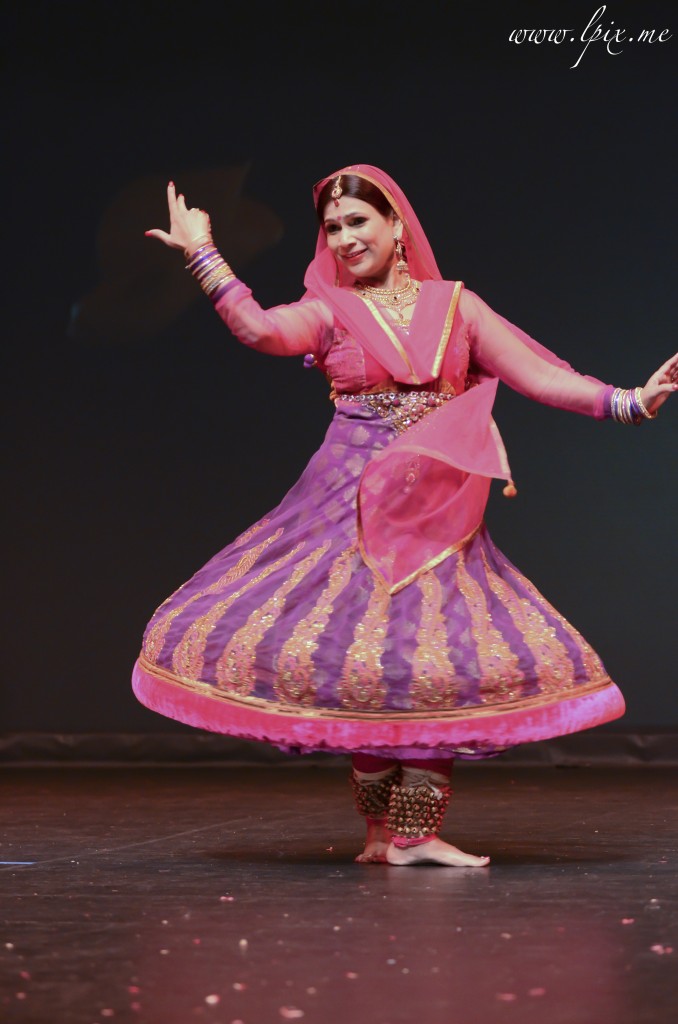 This year’s annual recital, celebrating the fifth year of its success also happened to be on Mother’s Day, May 11. The program took place at the prestigious Gwinnett Performing Arts Center and was attended by over 500 patrons. The event was once again dedicated to the worthy cause of St. Jude Children’s Research Hospital.

The program started with a Kathak ballet ‘Deepawali – Victory of Good over Evil’ which presented a few captivating episodes from the life of Lord Ram through Kathak dances while the second segment regaled the audience with yappy Bollywood songs and dances. 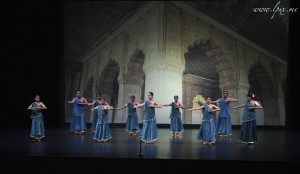 Divya Srivastava, the heart and soul of Geet-Rung and its director, had spent six months of preparations and rigorous rehearsals in producing this annual event highlighting the values of Indian epic ‘Ramayan’. The performers depicted fascinating episodes from the epic through fast-paced captivating dances replete with Kathak artistry in colorful costumes. The execution was flawless, with precision footwork and jingling ghunghroos, spins, and varying formations performed to live singing.

Divya’s journey of Lord Ram’s life in Kathak was presented in six beautiful scenes – narration before each scene by Sunny Sachdeva, aptly described the content of it that helped audience better understand the following scene. One of the scenes presented the ‘Swayamwar’ of Sita with Ram after he successfully lifted and broke the bow.  The changing slides backdrops beautifully coordinated with the performances going on the stage. Music was outstanding and embellished dancer’s rhythmic elements, footwork and expressions. The ballet ended with a ‘diya’ dance, marking the return of Lord Ram to Ayodhya after his 14 yrs of exile. The stage was full of students holding diyas in their hands that culminated in the shape of one large beautiful ‘Diya’ twinkling in the dark, brilliantly choreographed by Divya. The music was composed by well known artists in India based on the script that Divya writes and details the nuance of each scene.

After the ‘Deepawali’ ballet, more dances by various groups were presented by the students that lasted for another hour. They were kesariya hai roop maaro, nimbooda, ghaghra, raghupati raghav, tum tak, Kashmir tu and nagda sang dhol to name few. A couple of peppy numbers were also presented by few classes.

Pankaj charmed the audience with his heart-warming song ‘Geet gata hoon main, gungunata hoon main’ in his Kishore Kumar style. He was then joined by Vandana Upadhyaya in a classical soulful duet ‘ni sa ga ma’ that left the audience yearning for more for the mesmerizing voices of two. The last song of the segment was sung solo by Vandana again ‘wo chup rahen to’ (film ‘Jahan Ara’) accompanied by Divya  for a beautiful dance. ‘Mohe panghat pe’ (film Mughal-e-Azam) was a special dance performed by a student group of Mothers – Anar Sharma, Nidhi Tanak, Suchita Sood, Sudipta Roy and Varsha Aryakula and was a fitting tribute to the Mother’s Day celebration.

The grand finale ‘satrangi re’ was much applauded by the audience. As in the past, in the finale, each group of students, one by one, danced in their colorful costumes until all the students and other participants filled the entire stage and then Divya was invited on the stage by the Emcee Aqsa Farroqui. The program was interestingly and creatively put together by the emcees of the evening Aqsa Farroqui and Sunny Sachdeva.

Geet-Rung has also been associated with another non profit organization ‘Ekal Vidyalaya’ that supports the education of underprivileged children in the rural and tribal regions of India. In the past Geet-Rung has sponsored ‘Ekal’ schools through a fundraiser and this year announced that it would sponsor two more schools from this event. A slide presentation explaining the mission and work of ‘Ekal’ was presented by the Ekal representative Rachna Gupta.

Divya extended her thanks to all her students, their parents and countless volunteers who had put in hard work behind stage to make the program a huge success. She also thanked all students for raising funds for St. Jude and understanding the important role they play in helping the children suffering with various diseases, with their talents.

Trophies were awarded to all the students, participants and volunteers. Student of the year medals were awarded to Sonum Agarwal, Avnee Naik, Shreya Raj and Akshita Sharma for highest scores earned in the Kathak exam years. She also acknowledged the staff at Geet-Rung. Shweta Dubey, the dance teacher, Nida Shariff, the Manager.  Light and sound control by Navin Tyagi. Backstage management by Nida Shariff, Kritika Subramaniam, Aisha Shariff, videography by Girish Modi, Photography and Backdrops were done by Lavanya Palaparthy.

The entire show was a breathtaking riot of color, artistry, music and choreography that pushed artistic boundaries.