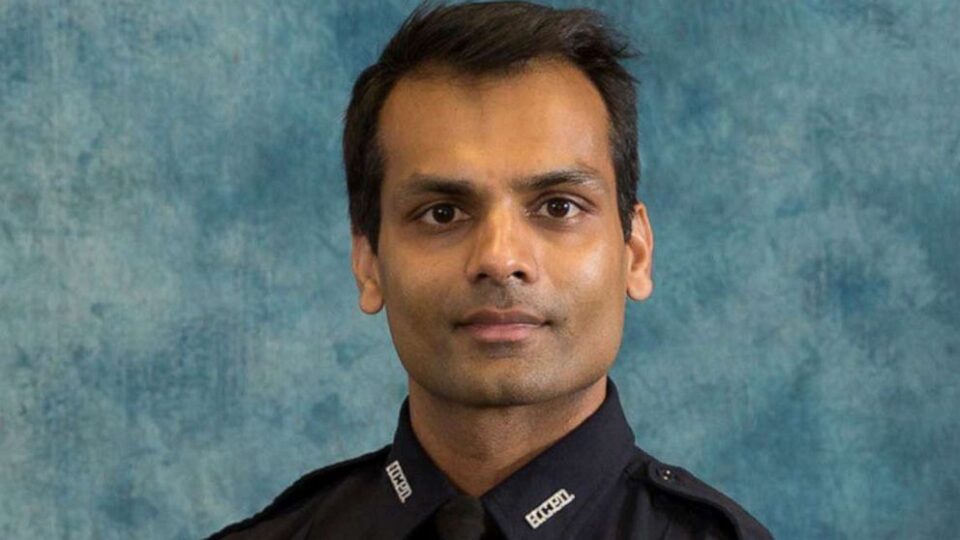 Atlanta, GA, Nov 8, 2021: An Indian-American police officer has been critically wounded after he was shot by a man as he responded to a domestic dispute, officials said.

Paramhans Desai, 38, was shot when he arrived at a house in McDonough, Georgia on the evening of November 4 as he tried to make an arrest, local county Sheriff Reginald Scandrett said at a news conference. He is now fighting for his life at Grady Memorial Hospital.

The attacker pulled away and drew a handgun and shot Desai before fleeing in a car, Scandrett said.

Legendary basketball player Shaquille O’Neal, who lives in the town, has offered a reward of $5,000 for the arrest and conviction of the man who shot the officer. In addition, law enforcement agencies are offering rewards totaling $25,000.

“Jackson, whichever hole you are in, I assure you, we will come to find you, we will place you in custody and we will bring you justice immediately,” Scandrett said at a news conference.

Police identified Desai only on Saturday as the officer who was shot and said that he was in a critical condition.

Fox 5 TV in Atlanta said that he had been in law enforcement for 17 years, working for the Georgia State Department of Corrections and DeKalb County Police before joining last year the Henry County police force, which has jurisdiction over McDonough, about 50 km from Atlanta.

Police said that he is married with two small children.

In the past year, there has been a dramatic increase in violent crimes nationwide with murders recording a 29 per cent jump to reach 27,570, as police show restraint lest they be targeted.

Police did not appear to have returned fire when Desai was shot.

The suspect in the shooting of Desai appeared to be a non-White minority person in his photo circulated by police.