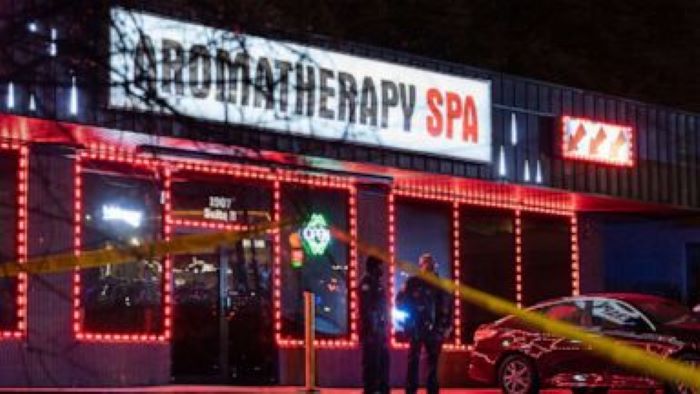 Atlanta, GA, March 17, 2021:  Eight people were killed at three separate spas in North Georgia on Tuesday evening, sending shockwaves across the world. Six of the people killed were Asian and all but one were women.

“We are heartbroken by these acts of violence. Six Asian women lost their lives. Now is the time to hold the victims and their families in our hearts and in our light. We’re calling on our allies across communities of color to stand with us in grief and solidarity against racist violence in all its forms. When our most vulnerable community members are targeted, we all need to band together,”  said Stephanie Cho, Executive Director of Asian Americans Advancing Justice-Atlanta (AAAJ-Atlanta).

One suspect has been taken into custody in connection with the series of shootings on Tuesday. Cherokee County Sheriff’s said that Robert Aaron Long (21) was arrested at about 8:30 p.m. (local time) following a chase that led officers into Crisp County — about three hours away from where the first shootings at a massage parlor, WSB TV reported.

Two of the shootings were at spas across the street from each other in northeast Atlanta and the other happened about 30 miles away in Cherokee County to the northwest of the city.

“Video footage from our Video Integration Centre places the Cherokee County suspect’s vehicle in the area, around the time of our Piedmont Road shootings,” the Atlanta police said in a statement.

“That, along with video evidence viewed by investigators, suggests it is extremely likely our suspect is the same as Cherokee County’s, who is in custody. Because of this, an investigator from Atlanta police is in Cherokee County and we are working closely with them to confirm with certainty our cases are related.”

FBI spokesman Kevin Rowson added that the agency has been assisting Atlanta and Cherokee County authorities in the probe.

“In Georgia, as in many states across the country, systemic disinvestment from and criminalization of communities of color means that we do not have the infrastructure or resources in place for effective community safety, public services, and in-language support,” the AAJ-Atlanta released added.

“During this crisis time for our AAPI community, we call on our local and state government to provide robust in-language interpretation and translation for crisis intervention resources, including support for mental health and immigration services. It is time for Georgia to invest in transformative justice that begins with cross-racial dialogue and community-building.”