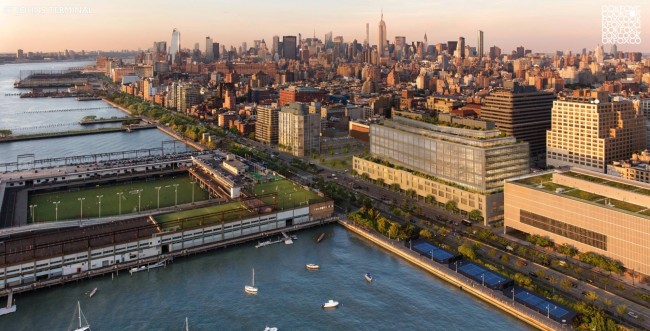 According to Ruth Porat, Senior Vice President and CFO of Google and its parent company Alphabet, it hopes to start moving into the two Hudson Street buildings by 2020, followed by 550 Washington Street in 2022 once the building is complete.

“When we came to New York City almost two decades ago, it was our first office outside of California. It’s now home to more than 7,000 employees, speaking 50 languages, working on a broad range of teams including Search, Ads, Maps, YouTube, Cloud, Technical Infrastructure, Sales, Partnerships and Research,” Porat said in a statement.

Earlier this year, Google announced the $2.4 billion purchase of the Manhattan Chelsea Market and shared plans to lease additional space at Pier 57 in the city where it came in the year 2000.

Since 2011, Google has contributed more than $150 million in grants and employee-matched giving to New York non-profit institutions.

“With these most recent investments in Google Chelsea and Google Hudson Square, we will have the capacity to more than double the number of Googlers in New York over the next 10 years,” said Porat.

Google is growing faster outside the Bay Area and has opened new offices and data centres in locations like Detroit, Boulder, Los Angeles, Tennessee and Alabama.

Apple last week announced it would expand its presence in several cities across the US, including New York City. It also revealed plans for a new $1 billion campus in Austin, Texas.