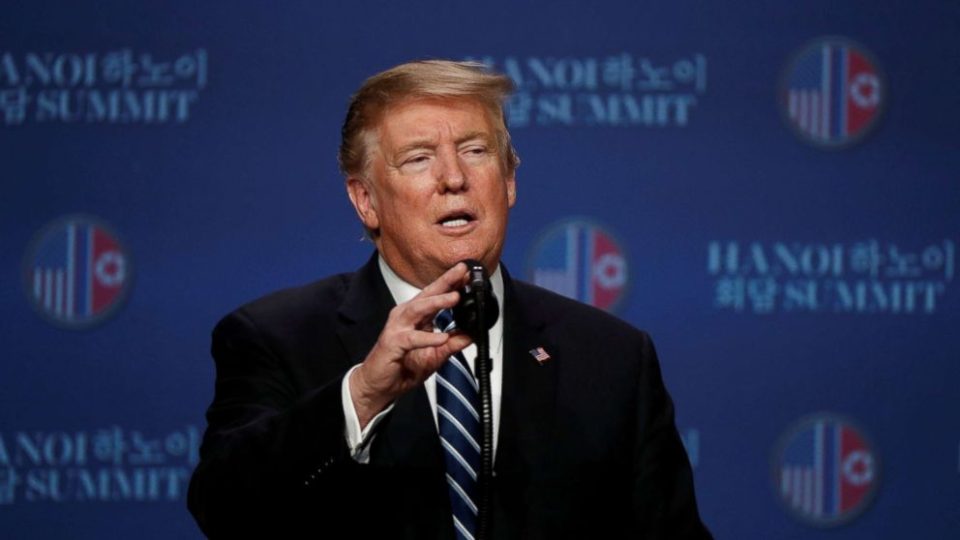 Hanoi, Feb 28 (IANS) US President Donald Trump on Thursday said that he has received “reasonably attractive news” from Pakistan and India and hoped that tensions between the two countries could end.

“We have, I think, reasonably attractive news from Pakistan and India. We have been going at it and we have been involved in trying to have them stop and we have some reasonably decent news, hopefully that will be coming to an end,” Trump said at a press conference on the sidelines of his meeting with North Korean leader Kim Jong-un in the Vietnamese capital.

“It’s been going on for a long time for decades and decades. There is a lot of dislike unfortunately, so we have been in the middle trying to help them both out, see if we can get some organisation and some peace. And I think that is probably going to be happening.”

Trump’s remarks at the start of the press conference came in the midst of escalating tensions after India carried out pre-dawn strikes on a Jaish-e-Mohammed (JeM) terror camp in Balakot in Khyber Pakhtunkhwa and killed a large number of terrorists and their trainers.

This was followed by an aerial engagement near the Line of Control (LoC) in which India lost one of its MiG-21s, with the pilot Wing Commander Abhinandan Varthaman in Pakistani custody.

Trump’s statement could mark a defusing of tensions between the two nuclear-armed neighbours. A tri services media briefing is scheduled in the evening in New Delhi, triggering speculation whether there could be an announcement that the pilot may be handed over to India.

Who are you, asks Grammy-nominated rapper Raja Kumari