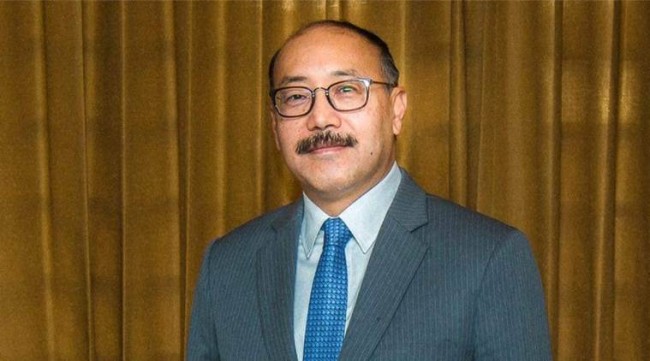 New Delhi, Dec 20 (IANS) Harsh Vardhan Shringla, presently Indian High Commissioner to Bangladesh, was on Thursday named as the new Indian Ambassador to the US.

A 1984 batch Indian Foreign Service (IFS) officer, Shringla is expected to take up his new assignment shortly, according to a statement issued by the External Affairs Ministry.

He will succeed Navtej Sarna, who will retire by the end of 2018, in Washington.

In the course of a diplomatic career spanning 34 years, Shringla has held a variety of positions in New Delhi and abroad.

Before his assignment in Bangladesh, he served as Ambassador of India to Thailand.

He has also served at Unesco in France, at the UN in New York, besides serving in various capacities in Vietnam, Israel and South Africa.

Shringla has served in the Ministry headquarters in New Delhi as Joint Secretary (Director General) responsible for Bangladesh, Sri Lanka, Myanmar and Maldives.

He has also headed the UN Political and South Asian Association of Regional Cooperation (Saarc) divisions in the Ministry.

Earlier, he served as Director of the Northern Division dealing with Nepal and Bhutan and as Deputy Secretary of the Europe West Division.

Shringla, a graduate from St. Stephen’s College in New Delhi, worked in the corporate and public sectors in India prior to joining the Indian Foreign Service.

He has pursued courses and published papers on conflict prevention, economic diplomacy and the Indian diaspora.