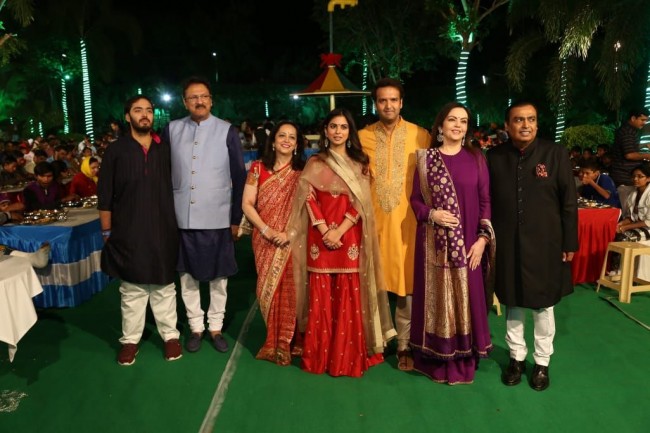 Udaipur, Dec 8 (IANS) US former First Lady Hillary Clinton and a slew of Bollywood celebrities including newlywed Priyanka Chopra and her American singer husband Nick Jonas arrived here on Saturday for the pre-wedding celebrations of Isha Ambani and Anand Piramal.

Isha and Anand, scions of the Ambani and Piramal business families respectively, will wed as per Indian traditions, customs and culture at the Mumbai residence of the Ambani family on December 12. But before that a slew of events will be held in the city of lakes amidst high security.

International singer Beyonce Knowles will reportedly add her star power to a gala evening as part of the celebrations.

On Friday, the families started the pre-wedding functions with a special four-day ‘Anna Seva’ to feed 5,100 people, a majority with special abilities, here.

These people shall be served food three times daily till December 10 as part of the other wedding related ceremonies. A specially curated exhibition called ‘Swadesh Bazaar’ has also been set up to showcase 108 traditional Indian crafts and arts from all parts of India.