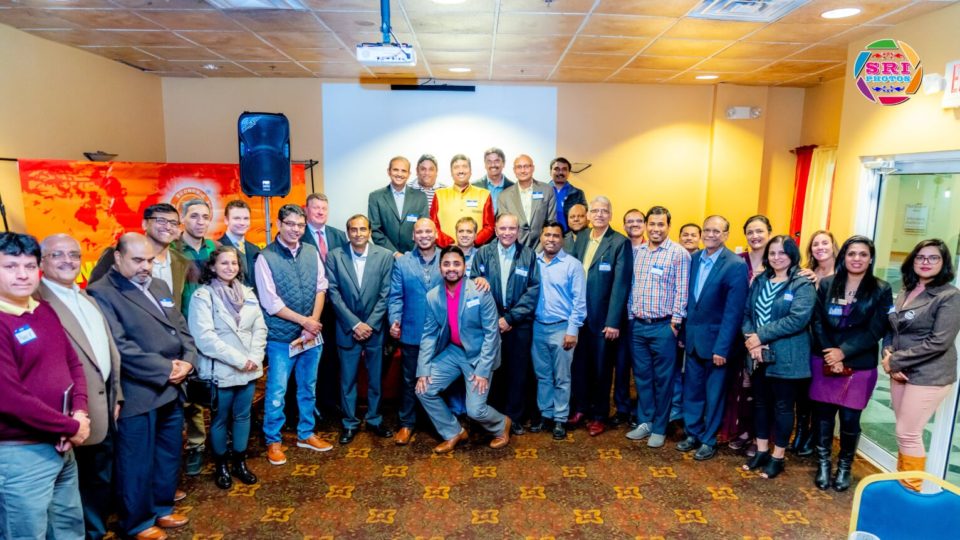 Atlanta, GA, March 10, 2019: The Hindu Economic Forum of Georgia (HEFGA) held a networking event at the Ashiana Restaurant in Global Mall on February 21. The theme of the event was, ‘Startup Knowhow’.

HEFGA president Shiv Aggarwal, a successful entrepreneur himself, shared his vision on how to start a new business.

Amrose said, as a banker, she looks to see whether the customer is passionate about what they are doing. “That is the key to success of the business,” she said. Experience in the field of proposed start-up in also important, she added.

“In SBA loans, I look for owners who run the show, who stick with their business and are always accessible,” she said.

Walker explained the differences between SBA loan versus conventional commercial loan, and which loan fits which business needs better.

The team later took questions from the audience.

The second half of the evening included a presentation by Rahul Seth, co-founder & COO of startup Unwrinkly, the world’s first affordable automatic clothing cleaner.

Unwrinkly sanitizes, deodorizes, de-wrinkles and freshens up to two garments in less than ten minutes, using only one cup of water.

“It has a beautiful design, is energy efficient, portable and is customizable according to the interior of your home,” Seth said.

At $250 for the machine and an additional $10 for pods per month, the eco-friendly cleaner is affordable, too.

“Unwrinkly increases the life-time of clothes. You can have the dress you want to wear in ten minutes,” he said.

The Unwrinkly team is initially targeting older millennials in the 25 to 35 age group, the largest generation in the work force. “They have the most disposable income, live in urban areas, work crazy hours, and are looking for convenience.”

Unwrinkly currently has a working prototype that has been tested with thirty people, and a mailing list of over 2000. Seth and his team have raised $150,000 but are looking for angel investors to meet their goal of $450,000.

“Contributions can be $10,000 to $100,000,” Seth said. The team is planning to run a crowd-funding campaign in the summer and will start accepting pre-orders on its website soon after.

Seth graduated from Georgia Tech in 2015.Previously he was the CTO for CoachCam, where he hired a team of five to build a smart basketball camera. Before CoachCam, he was a technical consultant for IBM.

Raghava Tadavarthi, who emceed the proceedings, said the takeaway from the discussion was, “how to make it work.”

HEFGA was set up with the mission to promote and encourage entrepreneurship and startups who can go on create and build the next FAANGs (Facebook, Amazons, Apple, Netflix, Google) in our community.