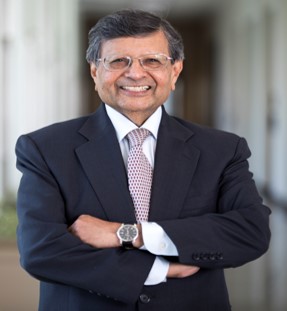 Everyone knows that there are differences across cultures in our consumption of necessities such as food, shelter, and clothing. However, we don’t know why these differences persist despite globalization.

In a recent book I published, Genes, Climate and Consumption Culture: Connecting the Dots (Emerald Publishing), I document that consumption as well as cultural differences such as punctuality, planning, and uncertainty avoidance are due to the North-South climate differences ranging from the arctic to temperate to tropical climates.

My interest in climate grew out of a research study we were doing for Coca Cola International. Coca Cola consumption varied enormously from country to country. It was as low as 64 bottles per year per capita in one country and as high as 400 bottles per year per capita in other countries. Given that this was an empirical observation, a large-scale correlation analysis revealed that more than 95 percent of the differences in Cola consumption can be explained by two factors: climate of the country and age of the population. Warmer countries with young populations consumed more Coca Cola and vice-versa. The highest per capita consumption was in Mexico (400 bottles) and the lowest per capita consumption was in Sweden (64 bottles).

Furthermore, the country’s climate was twice as important as the age of its inhabitants.

Climate is the root cause of who we are genetically, how we behave culturally, and how we consume three basic necessities common to all civilizations: food, shelter, and clothing.

The best way to illustrate consumption differences in food, shelter, and clothing is to contrast Northern and Southern Europe. In the North above the Alps, the source of protein, calories, and fat is animal because of the lack of vegetation. Therefore, the Northern European diet tends to be what we refer to as meat and potatoes. In contrast, the Mediterranean cultures have more lentils, vegetables, nuts and fruits in their diet because they can grow them. The Northern European diet tends to be less spicy, whereas tropical countries such as India have an enormous variety of spices. In my research on cheese consumption, I was surprised to discover that the fat content of cheese (Swiss) in cold climates is very high (40 percent or more); it drops to low-fat content (2 to 3 percent) in the Mediterranean temperate climate (feta and mozzarella); and the concept of cheese is conspicuously absent in tropical climates. For inhabitants of tropical climates, saturated fat comes from olive oil, coconut oil, and avocado, for example.

Northern Europeans depend on animals for clothing materials and, therefore, their preference is for wool and leather. Whereas, warmer climate cultures have access to cotton and linen. Northern Europeans prefer multiple layers and tight-fitting clothes to create insulation, but in warmer climates loose, single-layer, free-flowing garments that provide ventilation are more prevalent. Given that vegetation is not possible in Northern Europe, the preference is for pastel colors in clothes. On the other hand, warmer climates prefer a colorful display of clothing, as exemplified by Indian Saris, native African garments, and colorful Pacific Island outfits. Finally, boots are replaced with shoes, shoes are replaced with sandals, and sandals substitute for thongs when migrating from the arctic to the temperate to the tropical climates.

The shelter differences are also due to climatic adaptions. Northern Europeans have mountains and forests; therefore, most construction raw materials are wood and stone. In tropical climates, the preference is for clay and bricks. Wood material is indeed undesirable in tropical climates due to termite and other insects. The roof design in the North is typically “A” shaped to allow for snow to roll off the roof, whereas it is usually a flat roof with a gentle slope for rainwater to drain in warmer climates. The outdoors and indoors are insulated in cold climates, and one often sees the presence of a foyer as transition space. In warmer climates, indoor and outdoor boundaries are often blurred and indistinguishable. This type of housing is best typified by Spanish or Greek villas. High ceilings are most prevalent in hot and humid climates such as the deep South in the United States, to allow air to rise.

Cultures also vary in punctuality, planning, and uncertainty avoidance. In general, Northern Europeans tend to be more punctual and time conscious while the Southern Europeans tend to be relatively relaxed. This is because in Northern Europe, weather is harsh and unpredictable. If you do not plant and harvest in time, you starve for the whole year. In warmer climates, weather is the same from one day to another and it is more predictable, and therefore survival is less dependent on unpredictable weather. In tropical climates, such as Mexico and India, time is not as important as the occasion.

Northerners also like to avoid uncertainty and believe in risk management; therefore, insurance appeals to them. They also tend to plan ahead, whether it is annual budget or long-term planning. Planning for the future is generally less prevalent among the temperate or tropical cultures. Living in the moment appeals to them more.

In summary, we have analyzed East-West differences since the colonial era. Rudyard Kipling’s famous saying was, “The East is East, and the West is West, and the twain shall never meet”. I think he is dead wrong. He is not only dead, but also wrong! Today’s Asian kids are just like their cousins in the West and now we are experiencing the Easternization of the world, starting with popularity of yoga and meditation in the West to fusion in dance, cuisines, and music.

“Slum Dog Millionaire” movie was a great reflection of this fusion.