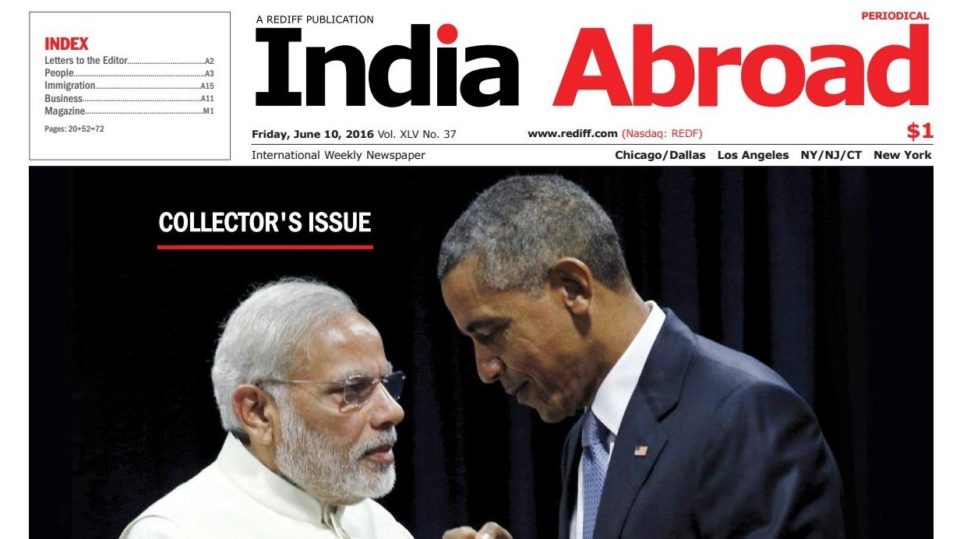 New York, March 29 (IANS) The New York city-based India Abroad, the iconic ethnic Indian-American weekly newspaper with a 50-year-long legacy, has announced the shut down of its print edition, a media report said.

Founded by Indian-American publisher Gopal Raju in 1970, the oldest Indian newspaper in North America rose to great heights of popularity as it effectively filled the gap of a publication catering to the Indian diaspora in the US, said the American Bazaar in a report on Saturday.

In 2001, Raju sold the publication to Rediff.com. In late 2016, Rediff.com sold its venture to 8kMiles Media Inc.

Finally on Friday, the current chairman and publisher, Suresh Venkatachari announced the decision to cease the print edition.

“For the thousands of readers for whom India Abroad has been an integral part of their Indian American journey, the close of the publication may be heart rending, but hardly surprising, given the reversal of fortunes of print publications in the US and across the world,” the American Bazaar quoted Venkatachari as saying in a statement.

“Compounding all of this, was the advent of the ominous coronavirus pandemic and the devastating repercussions in its wake, which led to several advertisers, cancelling their advertisements and hence the looming outlook for future revenue generation appearing even more bleak,” he added.

The news of its closure, along a volley of emotions for many Indian-origin Americans.

New York-based Journalist and author S Mitra Kalita tweeted: “Sad news: India Abroad is shutting down. A lifeline for many of our parents when they first arrived, filled with the news of spelling bees and CEOs, holidays and matrimonial ads. It covered South Asia when no one else did and created real community.”

Los Angeles-based South Asian Network Director Shikha Bhatnagar tweeted: “Sad to hear that @indiaabroad is ceasing its publication. So many of our lives (including mine, 25 years ago) were changed by its founder Mr Raju. The paper has been such an important part of the #IndianAmerican story and landscape. Truly, the end of an era.”

The Washington Leadership Program (WLP) an organization that helps build leadership from within the South Asian community, also tweeted: “The WLP was originally part of @indiaabroad when the late Gopal Raju started the initiative in the mid 90’s. The paper was an institution. We are thankful it helped start our program and captured our stories. #EndOfAnEra.”

10 ways to set up your bedroom for sleep