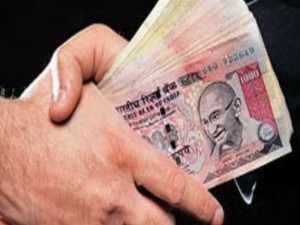 Washington, Nov 26 (IANS) India has one of the highest percentages of companies where fraud, in particular corruption and bribery, was detected, according to a new survey of large local and multinational companies across industries worldwide.

Conducted by the Economist Intelligence Unit and commissioned by New York-based risk consultancy firm Kroll Inc., the survey asked around 770 senior executives if they had discovered any fraud in their companies in 2014.

Around three-quarters of the executives surveyed said they encountered fraud, including corruption, bribery and stealing of proprietary information among other things, according to the Wall Street Journal.

The problem is even worse in emerging countries like India, where 80 percent of the respondents said they’d come across fraud in their firm.

India was more prone to some types of fraud than any other country. For instance, the survey found that Indian respondents were most likely to report encountering corruption and bribery, regulatory breaches, money laundering and theft of intellectual property.

Globally, 11 percent of all executives surveyed said they discovered cases of in-house corruption and bribery, while 25 percent of respondents from India said they came across such types of fraud in the past year, according to the report.

In comparison, only around 18 percent of Chinese executives and 20 percent of Russians said they encountered corruption and bribery.

One reason India’s numbers appear higher than some of its emerging market peers might be because more and more Indian companies have in recent years started reporting and confronting corrupt practices, the Wall Street Journal said.

Even so, fraud in India remains a growing problem, both for Indian companies and investors, the Journal said, citing Reshmi Khurana, head of South Asia for Kroll.

Part of the problem is that accounting standards and financial regulations are not strictly implemented.

Auditing of firm balance sheets, for instance, is supposed to be independent but is sometimes carried out by auditors who are too close to the company’s management.

In addition, the standards for corporate governance within Indian companies are broadly low, according to Khurana as cited by the Journal.

Besides bribery to government officials, one key issue for companies in India is executives taking bribes to give a big order to a vendor, or to hire someone, Khurana was quoted as saying.

According to the fraud report, India’s record on lack of compliance with regulations is also the worst among the countries surveyed.

A fifth of respondents from India said they had found instances of regulatory or compliance breach, compared to a global average of 12 percent.

India, though, appears slightly better compared to the global average on a handful of matrices, including the theft of physical assets.