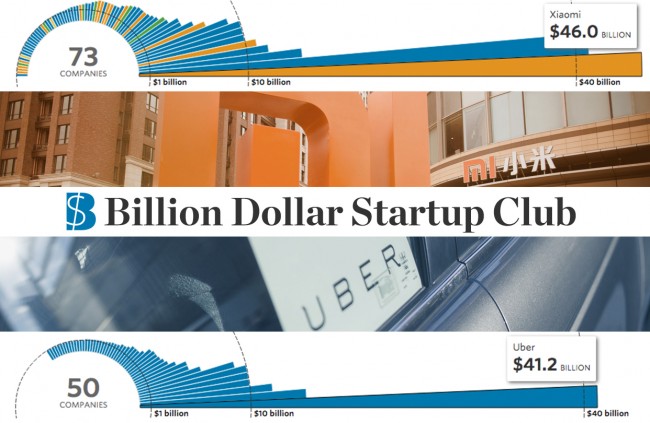 Atlanta, GA March 20: Immigrants have started more than half (44 of 87) of America’s startup companies valued at $1 billion or more and are key members of management or product development teams in over 70 percent of these companies, according to a new report released by the National Foundation for American Policy (NFAP), an Arlington, VA-based policy research group.

With 14 entrepreneurs on the list,India was the leading country of origin for the immigrant founders of billion dollar companies.

The research finds that among the billion dollar startup companies, immigrant founders have created an average of approximately 760 jobs per company in the United States. The collective value of the 44 immigrant-founded companies is $168 billion, which is close to half the value of the stock markets of Russia or Mexico.

“Immigrants play a key role in creating new, fast-growing companies, as evidenced by the prevalence of foreign-born founders and key personnel in the nation’s leading privately-held companies,” said Stuart Anderson, the author of the study, executive director of the National Foundation for American Policy, and former head of policy and counselor to the Commissioner of the INS (August 2001 to January 2003).

“The findings help illustrate the increasing importance and contributions of immigrants to the U.S. economy.”

The report, “Immigrants and Billion Dollar Startups,” is available at www.nfap.com, along with a companion study “Startup Visa Proposals and Job Creation.”

The research involved conducting interviews and gathering information on the 87U.S.startup companies valued at over $1 billion (as of January 1, 2016) that have yet to become publicly traded on theU.S.stock market and are tracked by The Wall Street Journal and Dow Jones VentureSource. The companies, all privately-held and with the potential to become publicly traded on the stock market, are today each valued at $1 billion or more and have received venture capital (equity) financing.

Among the key findings: – The research finds that 51 percent, or 44 out of 87, of the country’s $1 billion startup companies had at least one immigrant founder. This shows an increased influence in immigrants at major startup companies.

This study is one of the first to examine the role immigrants play on the management or product development teams in leading private companies in information technology, health, energy, financial services, and other sectors.

The research found 62 of the 87 companies, or 71 percent, had at least one immigrant helping the company grow and innovate by filling a key management or product development position. Chief technology officer, CEO and vice president of engineering are the most common positions held by immigrants in these billion dollar startup companies.

The billion dollar startup companies with an immigrant founder excel at job creation. The leading companies for employment are SpaceX (4,000 employees), Mu Sigma (3,500 employees) and Palantir Technologies (2,000 employees). Uber, co-founded by a Canadian immigrant, directly employs at least 900 people but reports having 162,037 “active drivers” (completed at least four trips) in the United States as of December 2014.

With 14 entrepreneurs on the list, India was the leading country of origin for the immigrant founders of billion dollar companies, followed by Canada and the United Kingdom with 8 each, Israel (7), Germany (4), China (3), France (2), Ireland (2) and 12 other countries with one. -California was the headquarters of 32 of the 44 immigrant-founded companies, followed by New York(6),Massachusetts(4) and Illinois (2).

Outstanding immigrant entrepreneurs profiled in the research include Elon Musk, founder of SpaceX; Garrett Camp, co-founder of Uber; Noubar Afeyan, co-founder of Moderna Therapeutics and 37 other companies, primarily through Flagship Ventures, the firm he heads; Jyoti Bansal, who waited 7 years for his employment-based green card to start AppDynamics, which employs 900 people and provides the equivalent of a 24/7 MRI for company websites; Amr Awadallah, co-founder of Cloudera, which allows organizations in various fields to profit from their data; Michelle Zatlyn, co-founder of CloudFlare, which uses the power of its global network to help websites with traffic and security; and other immigrant entrepreneurs.

Despite the achievements of these immigrants founders and their companies, a startup visa to enable foreign nationals who start companies and create jobs would be an important addition to the U.S. immigration system, since currently it can be difficult for foreign-born entrepreneurs to stay and grow their business due to the absence of a reliable immigration category. The low quota on H-1B temporary visas also can make it difficult for startup companies to hire new personnel in their fast-growing businesses.

The second study released, “Startup Visa Proposals and Job Creation,” explained that under U.S. immigration law there is no reliable mechanism for a foreign national to become a lawful permanent resident (green card holder) by starting a U.S. company that creates jobs. Temporary visas, including H-1B visas, are ill-suited for entrepreneurs and can be disallowed for use by a foreign national who controls a company. Startups have been shown to be responsible for much of the net increase in employment in some recent years. That means it is in the interest of policymakers to encourage both native-born and foreign-born individuals to start new businesses in theUnited States, which establishing a startup visa would help accomplish. An analysis of startup visa legislation in Congress finds:

H.R. 3370, “The EB-JOBS Act of 2015,” could create 1 million to 3.2 million jobs over the next decade if enacted into law. That is based on an analysis of the bill and building upon previous estimates from the Ewing Marion Kauffman Foundation of other startup legislation. H.R. 3370 was introduced by Rep. Zoe Lofgren (D-CA) and cosponsored by Rep. Louis Gutierrez (D-IL) and Rep. Judy Chu (D-CA). The bill would provide a two-year conditional green card for an entrepreneur and the possibility to have the conditions removed and gain permanent residence if certain job creation and/or investment or revenue thresholds are met.

A key reason a startup visa could create many new jobs in the United States is it would help unleash pent-up entrepreneurial activity – those eager to start new businesses but unable to do so because they are waiting in the employment-based immigrant backlog or in a visa status, such as an F-1 status, that does not allow an individual to manage a new company. Hundreds of thousands of skilled foreign nationals are currently waiting in the employment-based immigrant backlog.

Jyoti Bansal, founder of AppDynamics, said, “I waited 7 years for my employment-based green card and I wanted to leave my job and start a new company but couldn’t.” He would have lost his H-1B status if he left his employer, since under its interpretation of current law U.S. Citizenship and Immigration Services rarely approves an H-1B for a foreign national as a CEO of a startup company. – Administrative reforms the Obama Administration plans to introduce in 2016 could make it easier for foreign-born entrepreneurs to stay in the United States after creating a business, including by use of a “national interest waiver” and the federal government’s “parole authority.”

State initiatives, such as the Global Entrepreneur in Residence Pilot Program in Massachusetts, can provide a way for foreign-born business founders to stay in the United Statesby helping them obtain H-1B status through university affiliations. However, it would take many such programs across the country to have anywhere near the impact of changes to federal immigration law. All entrepreneurs face the challenges of raising capital and developing and marketing new ideas. However, foreign-born entrepreneurs must meet the additional burden of dealing with an immigration system that is not designed to facilitate startup activity.

Despite the importance of entrepreneurship to the U.S. economy, it will remain difficult for foreign nationals to gain immigration status for founding a startup company without new legislation. That means immigrant entrepreneurs must continue to rely on gaining permanent residence by being sponsored by an employer or family member or, at best, be hired in a lower-level position in a 4 company they founded.

Improving the legal structure to allow immigrant entrepreneurs to found businesses, stay in the country and grow their companies would improve job creation in the United States.

A grant from the Ewing Marion Kauffman Foundation funded the research for the NFAP papers.