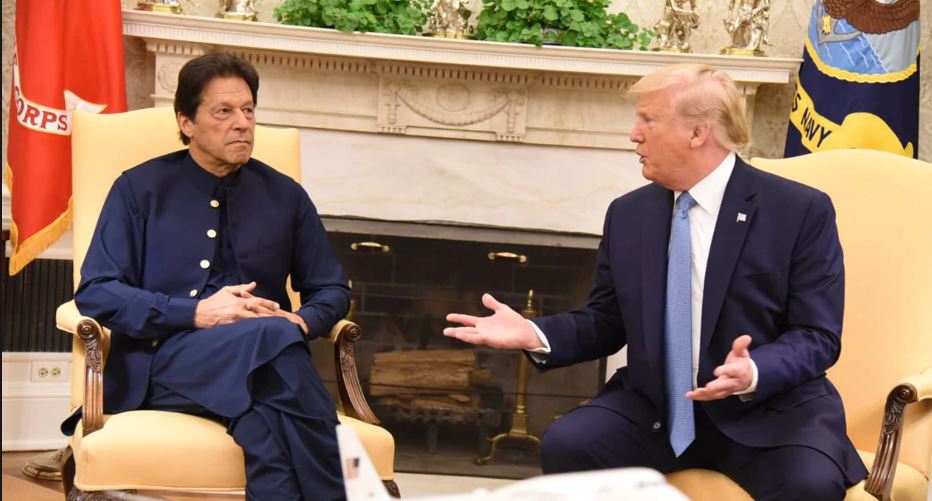 New Delhi, July 23 (IANS) India on Monday rebuffed US President Donald Trump’s offer to mediate on the Kashmir issue, saying that Prime Minister Narendra Modi had never made such a request to him, and stressed that all outstanding issues with Pakistan are “discussed only bilaterally”.

“We have seen the US President’s remarks to the press that he is ready to mediate, if requested by India and Pakistan, on the Kashmir issue. No such request has been made by Prime Minister Narendra Modi to the US President,” Ministry of External Affairs spokesperson Raveesh Kumar said in a tweet.

“It has been India’s consistent position that all outstanding issues with Pakistan are discussed only bilaterally. Any engagement with Pakistan would require an end to cross-border terrorism. The Simla Agreement & the Lahore Declaration provide the basis to resolve all issues between India & Pakistan bilaterally,” he said.

The statement comes as US President Trump at a media briefing with the visiting Pakistan Prime Minister Imran Khan in Washington offered to mediate on the Kashmir issue, saying that Prime Minister Modi had broached the subject with him during their meeting in Osaka, Japan, last month.

Trump said: “I was with Prime Minister Modi two weeks ago, and we talked about the subject. And he actually said, ‘would you like to be a mediator, or arbitrator’, and I said ‘where?’, and he said ‘Kashmir’, because this has been going on for many, many years. I was surprised for how long it has been going on,” to which Imran Khan interjected to say “70 years”.