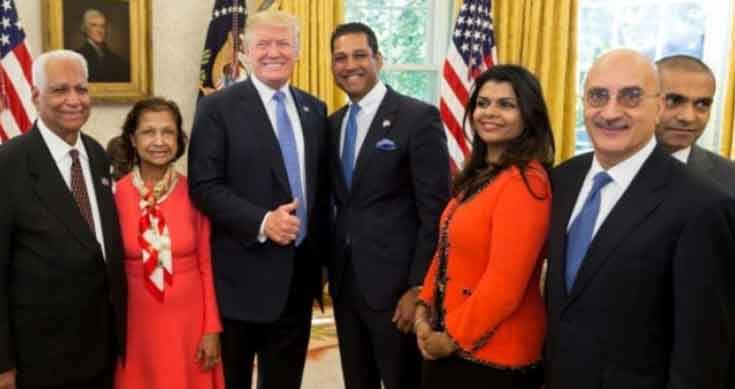 Washington, Feb 2 (IANS) An Indian-American has been appointed in President Donald Trumps Advisory Commission on Asian Americans and Pacific Islander, it was reported.

Prem Paramesvaran, the Group Chief Financial Officer and President of Indian motion picture production and distribution company Eros International’s North America operations, happens to be the only Indian to be selected in the commission comprising 13 members, the American Bazaar said in a report on Saturday.

The new members were administered the oath of office by Vice President Mike Pence on January 27.

Born, brought up and based in New York, Parmeswaran released a statement after his appointment saying: “As an Indian-American from New York and the son of Indian immigrants who came to this country as students in pursuit of the American dream, I am honoured by this appointment.

“I will undertake this responsibility very seriously.”

Parameswaran joined Eros in 2015 and comes with a varied experience in fields such as global telecommunications, media and investment banking.

He is also on the boards of the Columbia University Alumni Trustee Nominating Committee and the Program for Financial Studies at Columbia Business School.

Parameswaran was also invited to the White House Oval Office Reception for Diwali in 2017 with President Trump.

Indian Govt has rights over NRIs’ India income only: Sitaraman