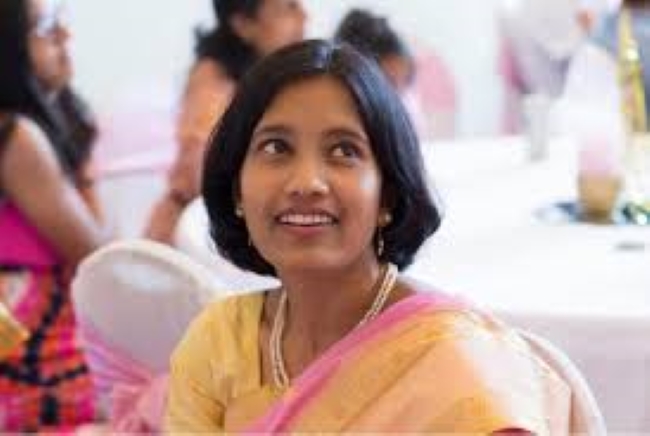 New York, Aug 4 (IANS) As crimes are soaring in the US this summer, an Indian woman cancer researcher has been killed in Texas while she was jogging and police say they have arrested a man in connection with the attack.

Sarmistha Sen, 43, was killed on Saturday morning on a trail in a park in the Dallas suburb of Plano, police said.

A “person of interest related to this homicide is currently in custody”, police said in a statement.

The man was arrested while police investigated a nearby burglary, according to police.

It said that although he is now charged with only burglary, his bail has been set at $1 million.

The station quoted Plano police officer David Tilley as saying: “We have our suspicions, but we have to have proof. And that’s what they’re looking for right now, is trying to obtain proof as to whether or not this individual is or is not responsible for her death.”

Local media showed an outpouring of sympathy for the mother of two sons by the people of Plano, who set up an impromptu shrine in her honor at the place where her body was found.

Along with a picture of her and posters and notes of condolence, they placed dozens of jogging shoes around it in symbolic tribute to the woman who regularly jogged on the trail and was killed while running.

Her brother Sumit Sen told Dallas Fox TV: “It makes me feel inspired. She’s an inspiration for me. It makes me feel grateful to the community for such generous support. Her life is a life full of purpose and it’s not over. Her soul lives on.”

Sen was a pharmacist who studied molecular biology and worked with cancer patients at the University of Texas as a researcher.

Local NBC TV said that according to a friend, she was a talented singer who was involved with the community.

Mario Major, a close friend of the family, told WFAA-TV at the site of the makeshift memorial: “It touched me. It’s great when I’ve seen hundreds of shoes because you know what, people care. Why would something like this happen to someone who’s such a great human being?”