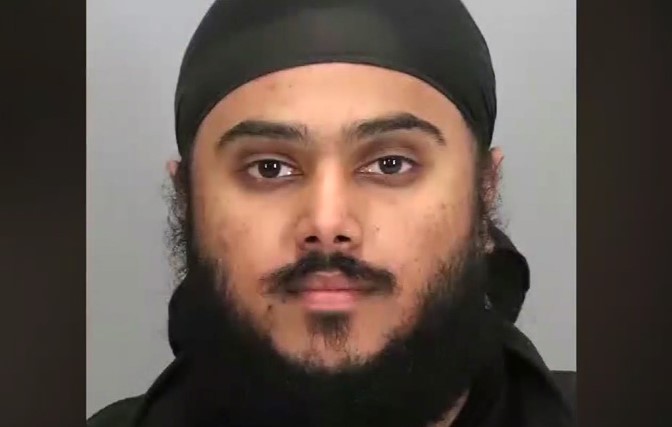 New York, Feb 1 (IANS) An Indian origin law enforcement officer in California has been arrested in connection with allegations that he had faked a shooting incident and claimed that his body camera stopped the bullet, according to officials.

Detectives found evidence that Sukhdeep Gill, a Sheriff’s Deputy in Santa Clara County, had “fabricated” the incident and was arrested on January 29, the Sheriff’s Office said.

The incident took place in January 2020 and he was hailed at that time as a hero who had a miraculous escape.

Gill had claimed that when he was parked in his official vehicle on a rural road, he was ambushed and shots were fired at him.

One of the shots was blocked by the body camera, which is worn by law enforcement personnel to record their actions, he had said.

Detectives conducted an extensive investigation into the incident over the course of a year before making the conclusion that the ambush and the shooting was faked, according to the Sheriff’s Office.

It added that local prosecutor intended to charge him with making a false report and vandalism for damaging the vehicle and the camera.