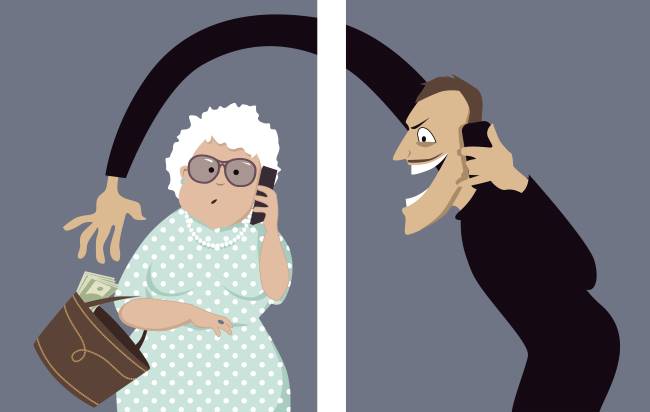 According to court documents and allegations in the indictment, Chirag Janakbhai Choksi, 35, and his wife, Shachi Naishadh Majmudar, 35, were allegedly members of a criminal conspiracy who had members that impersonated law enforcement officials to trick and coerce victims into mailing and shipping cash to other conspiracy members by convincing the victims that it was in their best interests to do so.

These schemes generally start with “robocalls”, designed to create a sense of urgency with unsuspecting recipients. The messages typically tell the recipient that they have some sort of serious legal problem, and that if they do not immediately take a particular action demanded by the callers, then there will be drastic consequences, typically involving the arrest of the recipient, significant financial penalties, or cessation of government benefits. The fraudsters almost invariably instruct the call recipient that, in order to prevent these dire consequences, the recipients must pay money, by wire transfer or cash, to some purported government entity.

The conspiracy operated cells in multiple states, including New Jersey, California, Indiana, Texas, Illinois and Minnesota. In one particular alleged scheme, members of the conspiracy impersonated DEA agents and advised Victim 1 that a vehicle located near the southwest border contained cocaine and her bank information. The fraudsters then convinced Victim 1 to surrender half the cash in her bank accounts in good faith until a thorough investigation had been completed to clear her name of any criminal activity.

According to the indictment, Choksi allegedly used counterfeit driver’s licenses to identify himself when picking up cash shipments from victims, and then made multiple deposits of that cash into bank accounts controlled by conspiracy members. The indictment also alleges that Majmudar went to the online websites of FedEx and the U.S. Postal Service to track shipments of cash sent by victims, and made multiple deposits of victims’ cash into conspiracy-controlled bank accounts.

Choksi and Majmudar are both charged with conspiracy to commit mail and wire fraud, as well as one count of mail fraud. The maximum possible sentence for each of those charges is 20 years in prison. Choksi is also charged with aggravated identity theft, which provides for a mandatory minimum term of two years in prison that must run consecutive to any other sentence imposed. Actual sentences for federal crimes are typically less than the maximum penalties. A federal district court judge will determine any sentence after taking into account the U.S. Sentencing Guidelines and other statutory factors.