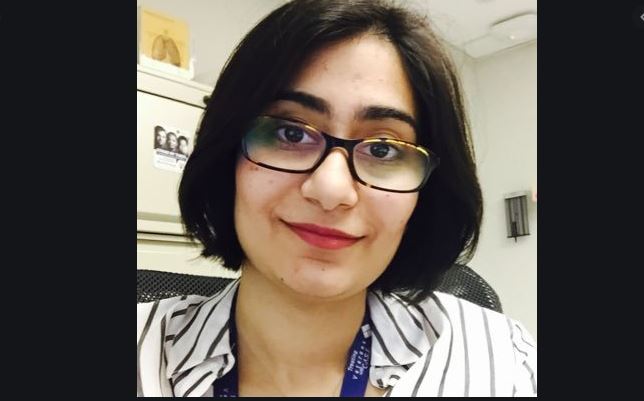 New York, June 6 (IANS) An Indian-American doctor who survived COVID-19 is now working on programs to develop medicines to treat the disease while also treating coronavirus patients with empathy informed by her own experience, according to a media report.

Aakriti Pandita, who was the first healthcare worker (HCW) to come down with the disease in Rhode Island, told the Providence Journal, “That changed me as a clinician.”

The newspaper said, “She’s able to speak from experience when she tells her patients that there’s light at the end of the tunnel. There was for her, too.”

She has expressed concern over the safety of HCWs being overcome by the disease. A shortage of personal protection equipment has exacerbated the problem.

Pandita tweeted, “Limited data shows at least 45 HCWs in the US have already lost their lives. The question is how long are we willing to wait? What is the sweet number that will shake soul of this nation?”

Among the HCWs killed by COVID-19 in the US are Indian-origin father and daughter, both doctors. Satyender Dev Khanna and his daughter, Priya Khanna, died in April after being infected by the disease while treating patients in New Jersey.

Pandita, who is an infectious disease specialist, is now involved in clinical studies on investigational drugs for COVID-19 helping enroll patients and following up their treatment to figure out if the treatments work, according to the Journal.

She told the newspaper about COVID-19: “It’s difficult, and it’s mysterious. But it won’t be mysterious for that long. I think it’s just a matter of time before we figure it out.”

Pandita, 31, grew up in Delhi, where her father is a doctor, and studied medicine in Kashmir before coming to the US.

She is pursuing a fellowship in infectious disease at Ivy League Brown University in Providence and practicing at Lifespan hospitals treating patients who have ailments ranging from staph infections to HIV, the newspaper said.

As one of the first people to come down with the disease in Rhode Island state, her diagnosis proved to be a problem because she had not traveled abroad or had direct contact with a known COVID-19 patient.

She developed symptoms of the disease in late February after a trip to Colorado state, where she is going take up a position as an attending physician soon.

Although she felt that it was more than a bacterial infection and probably COVID-19, doctors were skeptical and her persistence finally got her tested on March 9 confirming her fears, according to the Journal.

She told the newspaper, “It was an unsettling question for me: How many cases did we miss in those early days because of our lack of understanding of this disease?”

The Journal said it was likely that she was infected at an airport.

She, however, got better without going to a hospital and after tested negative twice for the coronavirus, she went back to work.

She now advocates for more work in the field of infectious diseases.

“Pandemics like this, it really reminds us that we need more work in the fields of infectious diseases,” she told the Journal.