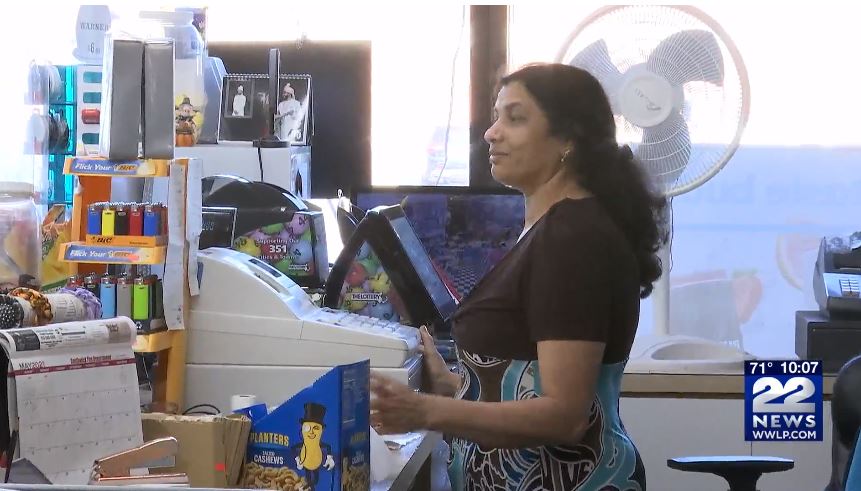 New York, May 25 (IANS) An Indian-origin family that owns a store in Massachusetts is being hailed for their honesty for returning a $1 million lottery ticket to the woman who had bought it because their elders in India advised them, “we don’t want that money”.

“I was a millionaire for a night,” the owner’s son Abhi Shah, who discovered the winning ticket, joked as he recounted his brief Midas touch, WBZ TV reported on Monday.

Although he had thought of buying a Tesla car, he decided to return the ticket to Leas Rose Fiega, who had bought the ticket from his mother Aruna Shah.

“Who does that? They’re great people. I am beyond blessed,” Fiega told Salem News.

Maunish Shah, who owns the Lucky Spot store in Springfield, Massachusetts, told WWLP TV that after the ticket was found, “we didn’t sleep two nights”.

But they decided to consult his parents in India.

Abhi Shah told WBZ: “My grandmother said, ‘let’s not keep the ticket. It’s not right. Just give it back to them. If it’s in your luck, you’ll get it anyhow’.”

So he went to locate her.

“He came to my office and said, ‘my mom and dad would like to see you’. I said, ‘I’m working’, and he said, ‘no you have to come over’. So I went over there and that’s when they told me. I was in total disbelief. I cried, I hugged them,” Fiega told Salem News.

Maunish Shah said: “I handed her the $1 million ticket and she freaked out and cried like a baby. She sat down on the floor right here.”

The Massachusetts State Lottery’s Diamond Millions tickets have squares with numbers that are hidden and when the coverings are scratched off they reveal the numbers that could be the winning combination.

But Fiega had not scratched the squares properly.

“I was in a hurry on lunch break, and just scratched it real quick, and looked at it, and it didn’t look like a winner, so I handed it over to them to throw away,” Fiega, who had purchased the ticket from Abhi Shah’s mother, told Salem News.

Abhi Sahh told WWLP: “One evening, I was going through the tickets from the trash and (noticed) that she didn’t scratch the (right) number. I scratched the number and it was $1 million underneath.”

Congratulatory messages and praise have flooded the Shah family.

A customer told WBZ: “They’re just purely good people. You can tell by just talking to them.”

WBZ reported that the family “is fielding congratulatory calls and interview requests from across the country”.

Abhi told the station that “i I had kept that million, I wouldn’t have been this famous. So I’m glad I gave it back”.

WBZ concluded: “He could have bought a lot of things with that money, but it would have cost him his soul.”