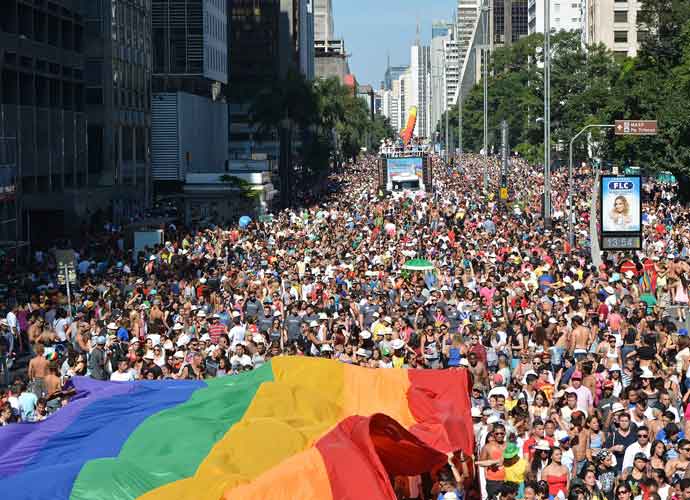 Atlanta, GA, June 11, 2019: An Indian-American man was arrested for drawing a BB gun on another person, causing widespread panic at a pride parade in Washington DC yesterday.

According to the police, 38-year-old Aftabjit Singh drew the BB gun on another person because he said the latter was hitting his significant other, 43-year-old Melissa Duffy. This caused people attending the Capital Pride parade to flee from the Dupont Circle area fearing a mass shooting.

Seven people who sustained injuries in the stampede, were taken to the hospital. Their injuries were non-life threatening.

A D.C. police officer responded to the scene after several people fleeing the scene told him there was a man with a gun. A person then pointed out the suspect, identified as Singh, who was lying underneath a tree with a brown bag, reports WJLA.

The officer noticed a silver handgun in the suspect’s partially open bag. It was later determined to be a BB gun.

After being arrested, Singh reportedly said, “I’ll be back. I’ll shoot the motherf—–.”

Police said no shots were fired, contrary to what several people at the scene believed.

Singh has been charged with possession of a prohibited weapon.

His 43-year-old girlfriend who assaulted a cop while Singh was being arrested, was also held and charged with assault on a police officer.

Shark Tank’s Rohan Oza: US is the greatest country to be an entrepreneur in