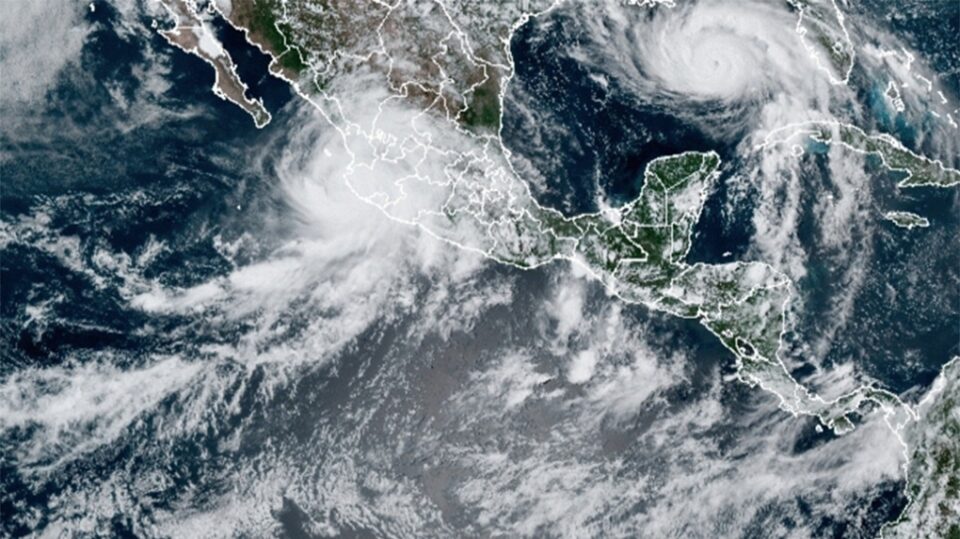 Edison, New Jersey, September 3, 2021: The body of a 31-year-old Indian American man who died after being swept away by stormwaters resulting from Hurricane Ida, was recovered on Thursday, the South Plainsfield Mayor’s office said in a statement.

The victim was identified as Dhanush Reddy of Edison.

South Plainfield Police were assisting motorists Wednesday evening in the area of Hadley Road and Stelton Road when they heard cries of help from a female pedestrian about a friend being swept into a 36-inch storm sewer pipe, the statement said.

South Plainfield and Piscataway Police, along with members of the Middlesex County Water Rescue Team, arrived on scene and determined that two males were swept into the pipe that travels under Stelton Road from South Plainfield to Piscataway.

One victim was saved by the heroic action of all emergency personnel on scene downstream in Piscataway. But the other individual could not be located.

On Thursday morning, officers discovered the body of Dhanush Reddy, 31, of Edison, in a wooded area behind 1380 Centennial Ave,, Piscataway.

“We are heart broken by this tragic loss of life and pray for Mr. Reddy and his family and friends and all those impacted by last night’s devastating storm,” the mayor said.

Torrential rain and floods caused by the powerful storm Ida have claimed more than 40 lives across the northeastern region of the US, according to authorities.

New Jersey Governor Phil Murphy announced on Thursday afternoon that 23 people died as a result of the storm, which made landfall in Louisiana as a Category 4 hurricane on Sunday, reports Xinhua news agency.

“The majority of these deaths were individuals who got caught in their vehicles by flooding and were overtaken by the water,” Murphy tweeted.

Among them, four women, three men and a two-year-old boy died in the basements of residential homes in separate flooding incidents in Queens, according to an NBC report, citing New York Police Department Commissioner Dermot Shea.

Many commuters were stranded overnight in the New York subway stations, some sleeping on benches with service suspended and no way to get to their destinations, according to local media reports.

Central Park in New York City on Wednesday recorded 3.15 inches of rainfall in just one hour, surpassing the previous recorded high of 1.94 inches in one hour during Tropical Storm Henri on August 21.

There were three people reportedly killed in Pennsylvania, one in Maryland and one in Connecticut.

Authorities also located the body of a Virginia resident missing in flooding earlier this week.

In the Philadelphia area, some streets were swamped, delaying the city’s rail and bus services and causing thousands of rescues, according to a CNN report, citing state Emergency Management Agency Director Randy Padfield.

New York Governor Kathy Hochul declared a state of emergency on Thursday about an hour after Mayor de Blasio declared one due to what he called a “historic weather event with record breaking rain across the city, brutal flooding and dangerous conditions on our roads”.

“There’s a lot of damage, and I made clear to the Governors that my team at FEMA (the Federal Emergency Management Agency) is on the ground and ready to provide all the assistance that is needed,” US President Joe Biden said on Thursday.

Senate Majority Leader Chuck Schumer stressed the need to spend more on infrastructure and climate change given the extreme flooding in the New York metropolitan area.

“When you get two record rainfalls in a week, it’s not just coincidence. Woe is us if we don’t recognise these changes are due to climate change,” Schumer said in a press briefing on Thursday.

Before moving towards the US Northeast, Ida had already wrecked widespread havoc in Louisiana and Mississippi, leaving four people dead and hundreds of thousands of people with power outages.

Ida landed on Sunday, the 16th anniversary of Hurricane Katrina’s destructive strike, tying with 2020’s Hurricane Laura and the Last Island Hurricane of 1856 as the strongest ever to hit Louisiana.

It was downgraded to a tropical depression on Monday afternoon and moved inland with torrential rain.

Triple celebrations at Festival Of India: 75 years of India’s independence, 50th year of IACA, and 25 years of flagship event