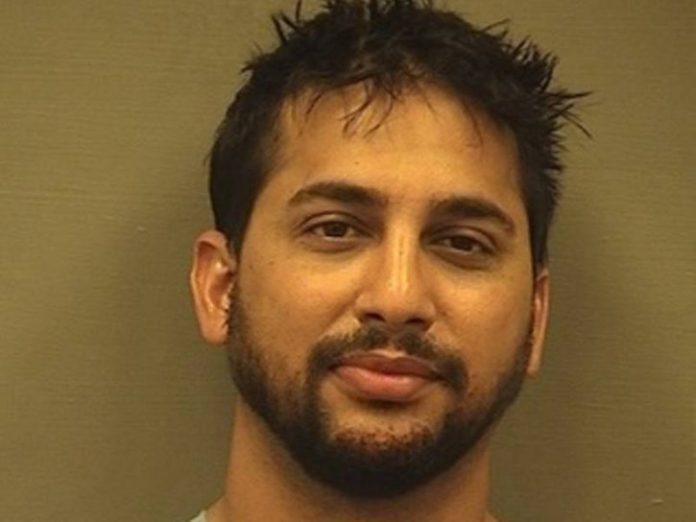 Atlanta, GA, July 1, 2019: An Indian-American man who thought he was fighting a werewolf when he fatally stabbed a stranger 53 times with a box cutter in Old Town Alexandria, VA last year pleaded not guilty by reason of insanity last week.

Pankaj Bhasin, 34, will be treated at Central State Hospital in Petersburg, according to media reports.

The not guilty plea comes after a jury deadlocked on whether Bhasin was guilty of the murder of Bradford Jackson, Bhasin’s 65-year-old victim.

After the trial ended in a deadlock, Commonwealth’s Attorney Bryan Porter’s office ordered its own psychiatric evaluation, which also concluded that Bhasin was clinically insane when he killed Jackson.

Porter said it would be unethical to put Bhasin on trial again.

Bhasin drove from his New Jersey home to the D.C. area early on the morning of July 13, 2018. He was seen in the lobby of Four Seasons Hotel in Georgetown, exhibiting bizarre behavior. After being asked to leave the hotel, Bhasin reportedly went to Old Town, where he followed Jackson, a shop-worker to an upstairs store window.

He said he thought Jackson might somehow know about boxes of human DNA at a nearby alley. When Jackson confronted him, Bhasin stabbed him 53 times with a box cutter and gouged his eyes out, according to testimony.

He later told police, his victim turned into a werewolf as he stabbed him, and that he had to kill him to “save 99 percent of the moon and planets.”

Bhasin left the building covered in blood and part-naked. He got into the back seat of a car parked in front of the store and stayed there until police arrived, reports the Washington Post.

Bhasin’s family and friends testified that he was a normal, happy person who worked as a risk analyst before leaving his job to travel the world. He returned to New Jersey to take care of his sick father.

It was then that Bhasin started showing bizarre behavior, even drinking his own urine and gasoline. He claimed he was Yama, the Hindu god of death.

Bhasin was hospitalized for mental treatment after attacking his parents. After he was released, his condition quickly deteriorated, and he left home.

His parents were unable to reach him until the police called to say he was in custody in Virginia.