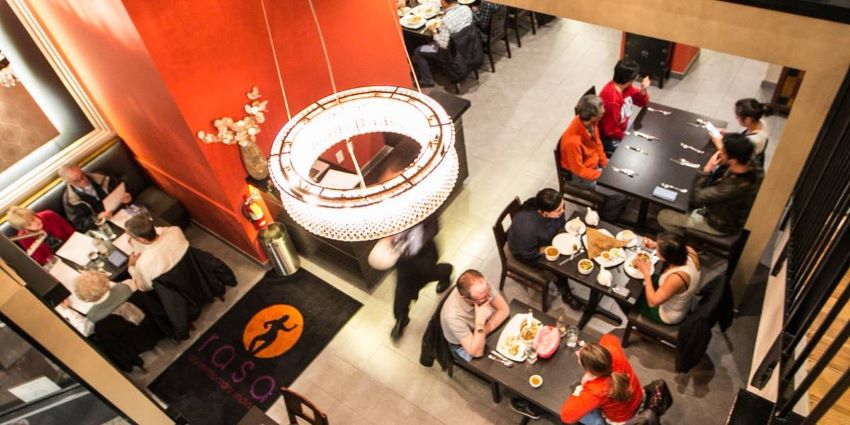 Washington, April 4 (IANS) As the coronavirus pandemic continues to alter lives and economy in across the US, Indian-American restaurateur has shut his Michelin-starred Indian fine-diner Rasa in Northern California, a media report said.

Ajay Walia said that he has not seen tougher times, especially for the ethnic food industry during his 30 years as a business owner in America, the American Bazaar reported on Friday.

With his contemporary Indian fine-dining space being shut until further notice, he worries each day about growing bills.

Many American restaurants were currently relying on sustaining their business through take-away orders and deliveries.

But Walia’s super fine diner, which has consistently earned a Michelin star for the past four years, could not take the same route.

“My eatery is a luxury dining space. We have always had 99 per cent of our customers as dine-in patrons,” he told the American Bazaar.

“While we debate over whether to open the take-out option each day, the truth is for super fine-diners it does not make much sense.

“Also, as a responsible citizen, I do realize that our business is a luxury dining space and does not really come under the essentials category.”

Walia admits that the decision takes a toll as a business owner.

“With revenues not coming in, the liabilities are piling up. There are things like lease, rent and bills to take care of,” he told the American Bazaar.

“Like millions of other Americans, we explored the Stimulus package, as well as the COVID-19 Economic Injury and Disaster Loan, but the SBA (Small Business Administration) website crashed just the next day people began applying for loans.”

But his other eatery, Saffron, just 5 miles away from his Michelin star restaurant, was open for take-outs and patrons were trying to be as regular as they can be during these times, Walia added.