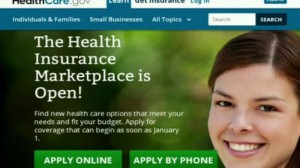 Washington, Oct 26 (IANS) The Obama administration has turned to a technology company run by Indian-Americans to fix the problem ridden website for Americans to buy insurance under President Barack Obama’s signature healthcare law.

Columbia, Maryland, based Quality Software Services Inc, or QSSI, will now serve as a general contractor to oversee repairs to Healthcare.gov launched Oct 1 under the 2010 law nicknamed “Obamacare,” said a management consultant hired by the White House to fix it.

The website that runs online insurance exchanges for 36 states to buy compulsory health insurance under the new federal law should be working smoothly for most users by the end of November, Jeffrey Zients, assured reporters in a conference call Friday.

Fourteen other states have built their own exchanges to sell insurance policies to millions of uninsured people in the United States. But many have experienced error messages and long waits in trying to sign on to the federal site.

“It will take a lot of work and there are a lot of problems that will need to be addressed, but the bottom line is that it is fixable,” Zients said.

“By the end of November, the vast majority of consumers will be able to successfully and smoothly enrol through Healthcare.gov,” he said.

QSSI, a unit of health insurer UnitedHealth Group, produced the federal data hub and a software tool to register consumers that is working relatively well.

So far there was no technology company overseeing the entire project and Centres for Medicare and Medicaid Services, part of the Department of Health and Human Services, was serving as the system integrator.

Founded in 1997 by Tony Singh, QSSI describes itself as an organization with a proven track record delivering a broad range of solutions with particular expertise in Security & Privacy, Software Engineering, and Health IT.

Bringing together more than 400 of the most talented personnel in the industry, QSSI management team represents several decades of IT experience serving both public and private clients, it says.

The company is headed by Bikram Bakshi, an inventor or co-inventor of eleven US patents and author of several IEEE conference publications, who joined the company in 2005 as President & CEO.

The Chief Operating Officer & CFO of the company is Pawan Malhotra. Before joining the company he was an angel investor and advisor to a number of start-ups in the Washington area and spent several years on Wall Street where he supported companies in raising over $1B of new capital, according to the website.

The company’s chief technology officer is Kovilvenni Ramaswamy (Ram) with a Bachelors Degree in Engineering from Regional Engineering College in India. He has over 20 years of broad software engineering leadership with design
and development expertise across multiple technology platforms.