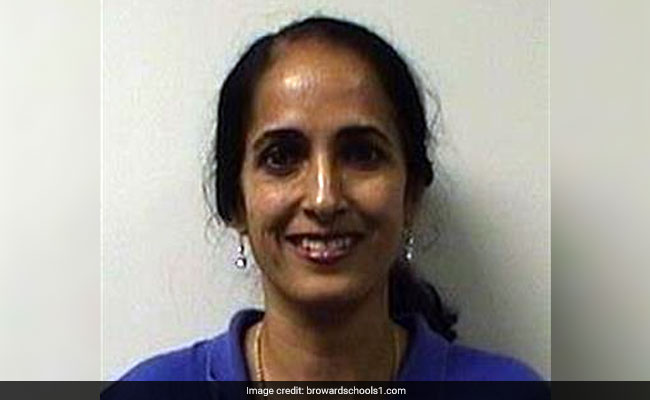 New York, Feb 17 (IANS) A quick-acting Indian-American math teacher is being hailed for saving the lives of her students during the shooting rampage at a Florida high school that left 17 dead.

When an alarm sounded for the second time on Wednesday afternoon, Shanthi Viswanathan shut the doors to her algebra classroom, made the students crouch on the floor and covered the windows, keeping them out of the reach and sight of the gunman, the Sun-Sentinel reported.

“She was quick on her feet. She used her knowledge. She saved a lot of kids,” Dawn Jarboe, the mother of one of Viswanathan’s students, told the newspaper.

When an elite police contingent known as a SWAT team came and knocked on the door asking her to open it, “Viswanathan took no chance that it wasn’t a trick by the gunman to get in” the newspaper said.

“She said, ‘knock it down or open it with a key. I’m not opening the door,'” Jarboe quoted her as telling the police.

“Some SWAT guy took out the window and cleared our room,” Jarboe’s son, Brian, texted his mother, the newspaper said.

A former student of the school, Nikolas Cruz, barged into Stoneman Douglas High School in Parkland on Valentine’s Day and killed 15 students and two staff members with an AR-15 automatic rifle.

No motive has been established as of Friday afternoon for the killings.

However, he was reported to have had a troubled childhood and had threatened in a YouTube post to shoot up schools.

Although it was reported to the Federal Bureau of Investigation, the agency closed the investigation without locating him, according to media reports.

The shooter abandoned his gun and during the ensuing chaos mixed in with the students to escape. He was captured about 40 minutes later in a neighbouring town, authorities said.

In the entire Broward County, where Parkland is located, the Indian population is 22,600, according to statisticalatlas.com. But none of those killed are of Indian descent.

Dr Reddy's to defend against charges in US lawsuit