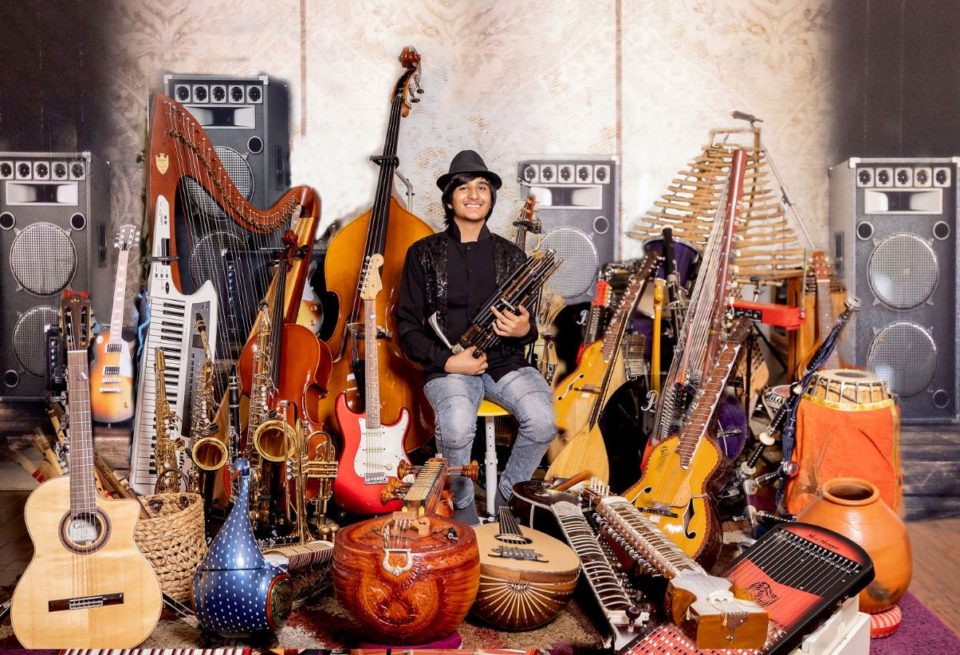 Atlanta, GA, August 25, 2019: A 13-year-old Indian-American musical prodigy from California is in the news for mastering 107 diverse instruments, ranging from the guitar to the shehnai to the bansuri (flute).

Neil Nayyar’s earlier record was 44 instruments at age 12, a feat that got him a spot in the ASSIST World Records. His new feat may have earned him a place in the Guinness Book of World Records.

Nayyar practices for almost 8 hours every day, and has 25 music teachers who develop his musical prowess. His passion and dedication are apparent to a lot of people, says dad Rajan.

Nayyar has been featured in Fox10, ABC10, Good News Network, and many other prominent media.

The young prodigy has signed a contract with an acting agency in Los Angeles, besides auditioning for America’s Got Talent, the Steve Harvey Show and other shows.

Rajan believes his son’s passion for music began even before his birth when his parents played Mozart to him while he was in his mother’s womb. At the age of 5, he went to his first drumming class.

He has a definite adherence to jazz, hip hop, Bollywood music, says Rajan. He is a fan of Bollywood movies too, especially those starring Salman Khan.

“Music is my passion. I sleep in music. I wake up in music, and I play music all day,” Neil told ABC television recently.

Neil is now working on his 108th musical instrument.