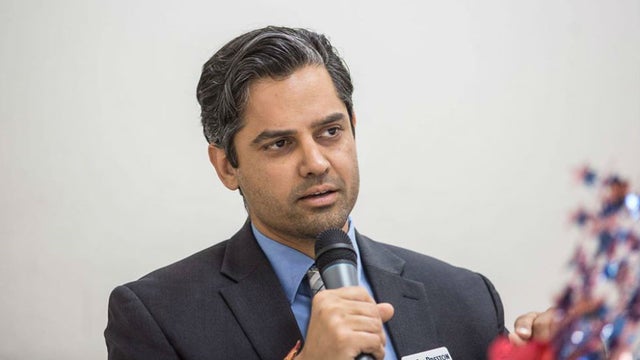 New York, March 4 (IANS) Sri Preston Kulkarni has won the Democratic Party primary for Congress in Texas and will run in the November election for a seat held by the Republican Party.

He defeated two rivals with over half the votes polled in the party election on Tuesday for the constituency that covers suburbs of Houston.

Kulkarni lost the 2018 election by five per cent to Pete Olson, who is retiring.

Pierce Bush, a grandson of former President George H.W. Bush, was one of those who contested the Republican primary for nomination to contest the seat.

But he lost and since none of the Republican candidates got more than 50 per cent of the votes, a runoff is to be held later this month with the two top vote-getters to select the nominee to challenge Kulkarni.

Kulkarni is a former US Foreign Service officer, who served in Iraq, Russia, Israel and Taiwan.

Currently, there are four Indian Americans in the House of Representatives and one in the Senate.