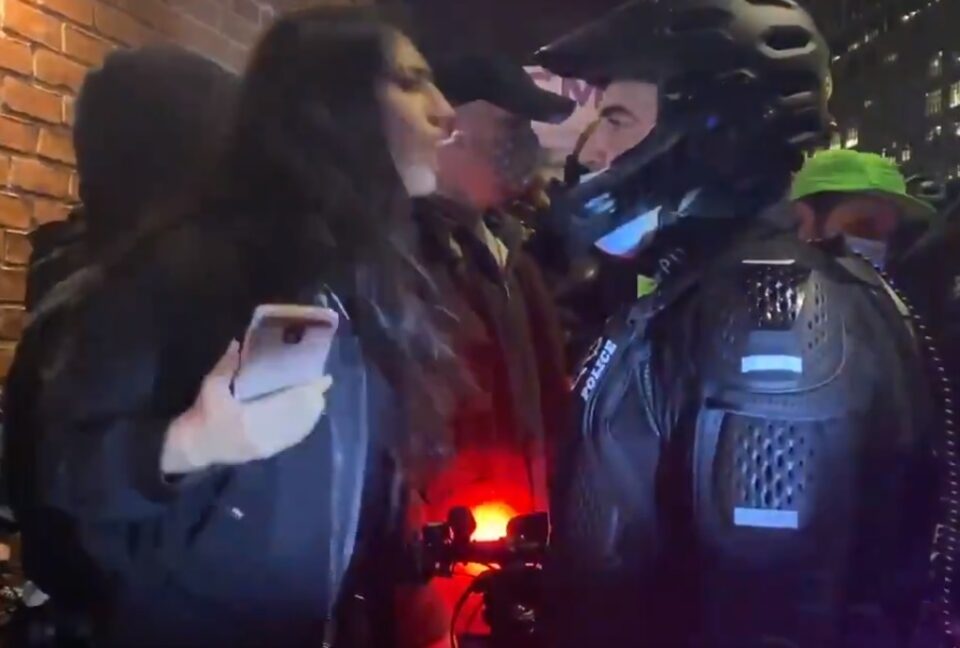 New York, Nov 5 (IANS) An Indian-origin woman has been arrested in New York during a protest in support of Democratic Party presidential candidate Joe Biden for allegedly spitting on a police officer.

Devina Singh, who is from Pennsylvania state, was arrested on Wednesday night along with about 50 people when the protest turned violent with attacks on police and setting fires on the streets, police said.

She has been charged with harassment and violating local law.

The 24-year-old woman was caught on video without a mask while screaming an obscenity against police spitting on the face of a police sergeant in a time of heightened sensitivity over the COVID-19 pandemic.

The police department retweeted a video of the incident with the comment, “Actions like this will not be tolerated. Agitators who commit these acts will be arrested.”

The protests in support of Biden’s demand that all votes, including the postal ones received after the close of polls, should be counted, which President Donald Trump’s campaign has gone to court to try and stop it.

It started out peacefully but later some protesters rioted, clashing with police and setting fires on the street.

Asked by a reporter at his daily briefing on Thursday about the spitting incident and the riots, Mayor Bill de Blasio said the protests were “mostly peacefully”.