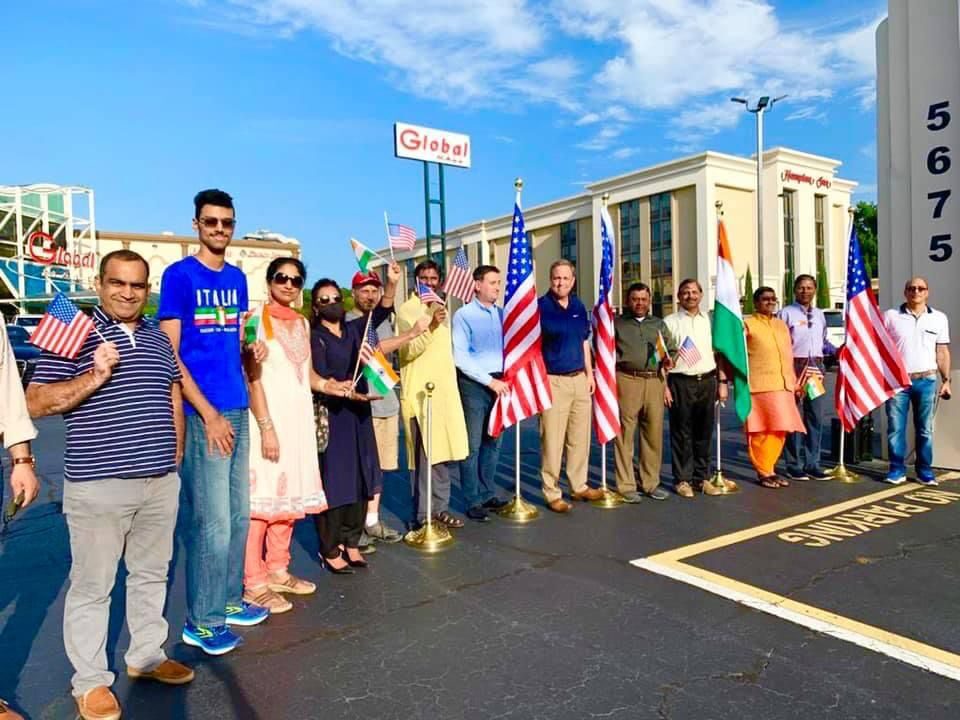 Atlanta, GA, September 20, 2021: Kabul airport has been the scene of some of the most searing images of the tumultuous end of one of America’s longest wars and the Taliban’s takeover, as flight after flight took off carrying those who fear rule of Taliban.

Panic gripped the Afghan capital, Kabul on August 26, 2021 as a huge crowd flocked at the Hamid Karzai International Airport in Kabul in an attempt to flee the Taliban takeover. The scenes of desperation quickly transformed to one of terror when two suicide bombers and gunmen attacked the crowd killing at least 170 people as well as 13 U.S. troops. Eleven Marines, one Navy sailor and one Army soldier, many in their early 20s, were among the 13 U.S. service members killed in the Kabul airport attack. The attack was the single deadliest enemy strike against U.S. forces in Afghanistan since August 2011, when militants shot down a Chinook helicopter, killing 30 U.S. troops on board.

#IndianAmericansagainstTerror trended on the Internet during and after the vigil across the nation in the states of Washington DC, New York City, New Jersey, San Francisco, Los Angeles, Atlanta, Houston, Boston, Dallas, Chicago, Columbus, and Connecticut.

“It is our duty being Indian American citizens to support, honor and also to pray for Moksha of the souls of the soldiers who were killed in Afghanistan by Talibani militants. Candle Vigil is a western way of giving respect to them for sacrificing for the country on duty,” stated Patel.

“I thank the Indian community and other communities that came out to pay their respects and remember the souls that were lost last week. As much as I believe that what has happened was preventable, I believe that United States and our allies like India can make sure that what has happened did not happen in vain and we make sure to safeguard the lives of those who remain in Afghanistan until they are safely returned home,” Bradberry said.

“Being a military man, I am used to grieving for the heroes who reached God’s loving embrace, in silence, often alone. But to see so many Indian Americans come together to be in solidarity with the families of fallen soldiers in Kabul, warmed my heart. God Bless,” said Erramilli.

“The ultimate sacrifice of these 13 people should not in vain and justice should be delivered swiftly,” said DiBiase

“Indian American community always stand against terrorism. The world will not forget the sacrifices of our heroes. They gave their lives in the line of duty during the challenge time. We pray to God to give strength to their family and friends to cope up the loss. God Bless America,” Venkat stated.

In retaliation to Al-Qaeda’s 9/11 attack on the US, which was planned and executed in Taliban-controlled Afghanistan, the US and its allies invaded Afghanistan.

Seven days after 9/11, on Sept. 18, 2001, the U.S. Congress deliberated on and authorized the global war on terror, not just confined to Taliban controlled Afghanistan, but in an open-ended commitment against “those responsible for the recent attacks launched against the United States. U.S. President George W. Bush told members of Congress in a joint session on Sept. 20, 2001 that the war would be global, overt, covert and could last a very long time.

The U.S. started bombing Afghanistan a few weeks later in October 2001. The Taliban surrendered in Kandahar on Dec. 9, 2001. The U.S. began to fight them again in earnest in March 2002.

Following the U.S. led invasion that toppled the regime in 2001, the Taliban regrouped across the border and began taking back territory less than ten years after their ouster.

On April 14, 2021, President Joe Biden said that the war in Afghanistan was never meant to be multi-generational, as he officially announced the drawdown of all 2,500 U.S. troops in that country beginning May 1 and concluding by Sept. 11, the 20th anniversary of the terrorist attacks.

By August 2021, the Taliban had seized most major cities, including the capital of Kabul. The group’s swift offensive came as the United States withdrew its remaining troops from Afghanistan as outlined in a 2020 peace agreement with the Taliban.

As Taliban fighters moved around the corridors of the lush Presidential palace, thousands of Afghans desperate to leave the country thronged the Hamid Karzai International Airport in Kabul. In visuals that astounded the world, many were seen clinging to a US military transport plane as it taxied on the runway, even as another video showed several falling through the air as the flight rapidly gained altitude.

Ankahi Kahaniya: Anthology about the craving for love

I want to remind women to stop relying on people to build them up: Author Sweta Vikram