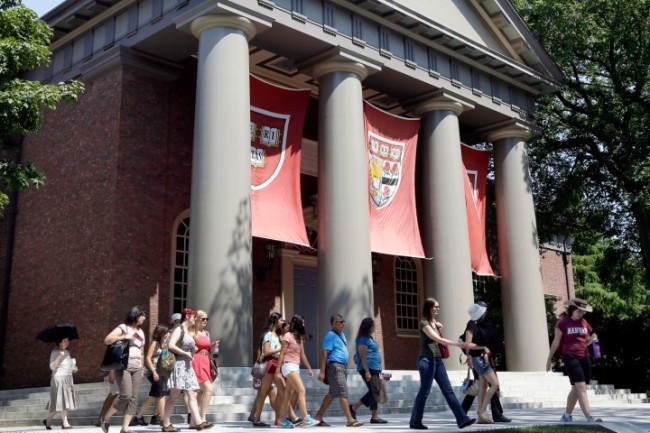 Washington, May 16 (IANS) A coalition of more than 60 Asian-American groups, including four Indian groups, have sought an investigation into what they allege are “discriminatory practices” in Harvard University’s admission process.

In a complaint filed on Friday with justice and education departments, the coalition asked that Harvard be required to “immediately cease and desist from using racial quota or racial balancing” to admit students.

The authorities must also “ensure that Harvard and other Ivy League schools will never again discriminate against Asian-Americans or applicants of any other races”, it said.

The complaint has the support of a number of Chinese, Korean, Indian and Pakistani-American groups, according to Yukong Zhao, one of the chief organisers.

Also included are the Chinese-American Association of Orange county in California, and the Pakistani Policy Institute in New York.

“We want to eliminate discrimination of Asian Americans, and we want procedural justice for all racial groups,” Zhao told NBC News. “All racial groups should be treated equal.”

The 50-page complaint alleged that “Harvard University has engaged illegally in direct discrimination against Asian-American applicants by using stereotypes and racial bias in its subjective ‘Holistic Evaluation Approach’ and racial quota/rebalancing”.

The university, it further alleged, is discriminating against Asian-American applicants by using race as a major factor beyond what is allowed by relevant Supreme Court decisions.

“Consequently, Asian-American applicants have become the largest group of victims of Harvard’s racially based admissions practices,” the group alleged.

Harvard has faced allegations of using race in its admissions process in the past too.

In a written statement, Harvard University General Counsel Robert Iuliano said that Harvard College has a strong track record of both recruiting and admitting Asian Americans to its school, with the percentage of admitted Asian Americans increasing from 17.6 percent to 21 percent in the last decade.

“The college’s admissions policies are fully compliant with the law and are essential to the pedagogical objectives that underlie its educational mission,” Luliano said.

The statement added that the Education Department had already investigated a claim similar to the one filed on Friday, finding that the “college’s approach to admissions was fully compliant with federal law”.

US offers help in Chennai floods