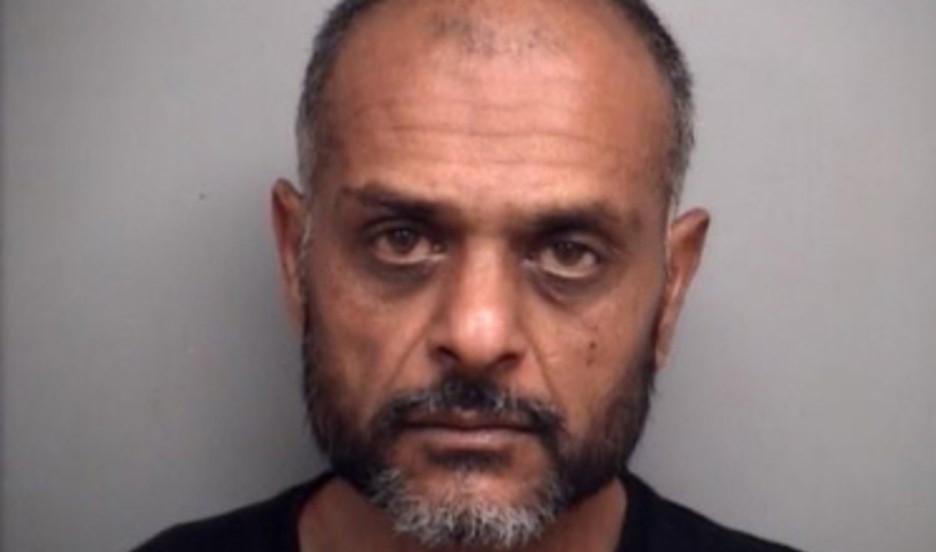 Immigration and Customs Enforcement (ICE) and the U.S. Marshals Service were attempting to serve administrative immigration paperwork on Ravindra H. Patel at the King’s Court Motel in Ridgeway where he was manager, and also lived.

Police say Patel became uncooperative and began to barricade himself inside the motel.

It was discovered that a female was also inside the motel and she was in distress.

The Sheriff’s Office also received a secondary call that the female was being held hostage inside the motel.

Members of the Henry County Sheriff’s Office, including the SWAT team and negotiators responded to the scene.

At times the suspect would come to the window and make minimal communication, but despite requests, Patel would not come out, police say.

Later, the female came to the window holding notes saying she was scared and that Patel would not let her come out.

Around 3:50 p.m., a SWAT team forced their way into the room using a gas. The female was able to run out to safety.

Patel was arrested and faces a felony abduction charge and a misdemeanor charge of obstruction of justice.

He is currently being held in the Henry County Jail without bond.