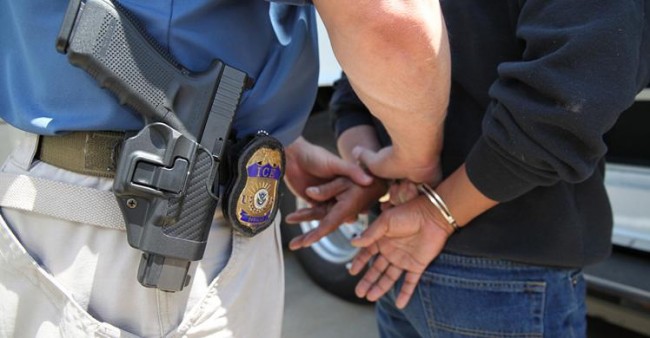 Washington, Nov 2 (IANS) An Indian man was re-arrested in the US after he was released from prison following the completion of his 10-year sentence for posing a threat to public safety, authorities said.

Jerald Peter Dsouza, 58, was arrested by the US Immigration and Customs Enforcement (ICE) after he was released from a jail where he was lodged for using the Internet to induce a minor, believed to be a 13-year-old girl, to engage in criminal sexual activity.

He was convicted in March 2009, ICE said in a press release.

“ICE places a high priority on identifying, arresting and removing foreign nationals with criminal records who pose a threat to public safety — whether they’re in the US legally or illegally,” said William P. Joyce, Acting Field Office Director for Enforcement and Removal Operations (ERO) in El Paso city.

ICE said that as a result of his criminal conviction, Dsouza violated the terms of his legal status in the US.

Wish to become a gentle person: SRK on birthday wish