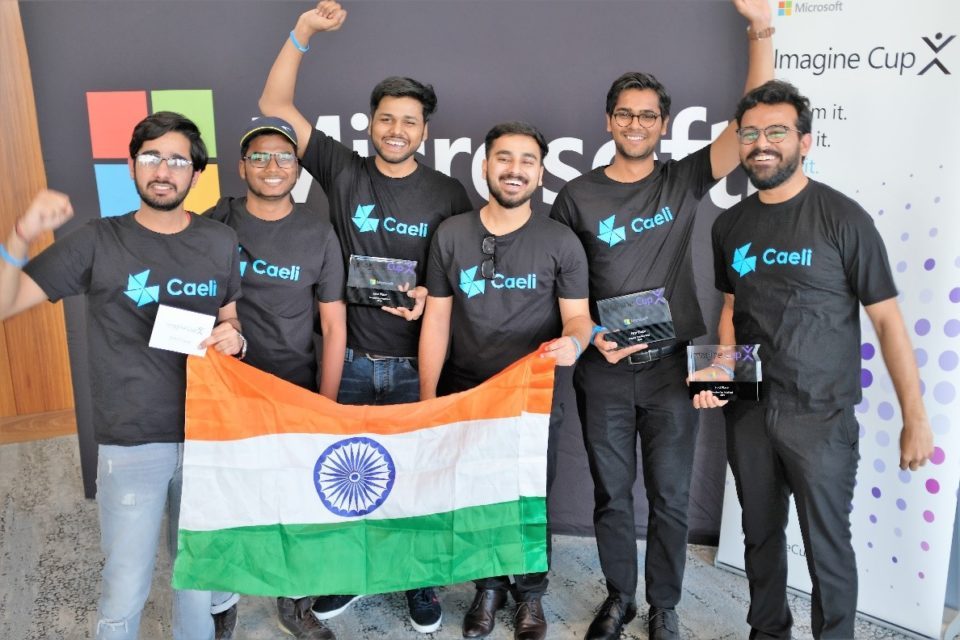 Seattle, May 6 (IANS) A team of Indian students was declared second runners-up at the Microsoft Imagine Cup world finals here on May 6.

The world championship was organised on the first day of the annual Microsoft Build conference here.

“Caeli” implements breakthrough features to improve the quality of life for respiratory patients living in polluted areas like in north India and especially in the Delhi and National Capital Region (NCR).

“At a time when air pollution is a big concern in various countries including India, we are collecting the real-time air pollution data that can be used by relevant stakeholders and the Indian government. They can integrate our application programme interfaces (APIs) into their projects and gain more insights,” Aakash Bhadana from the “Caeli” team had earlier told IANS.

Bhadana with Vasu Kaushik and Bharat Sundal developed the product under the guidance of Umesh Dutta and team at Manav Rachna Research Innovation and Incubation Centre (MRIIC).

Considered the “Olympics of Technology”, Imagine Cup is a global annual competition sponsored and hosted by Microsoft.

Over the past 10 years, more than 1.65 million students from over 190 countries have participated in the “Imagine Cup”.

No stops for Modi in the US