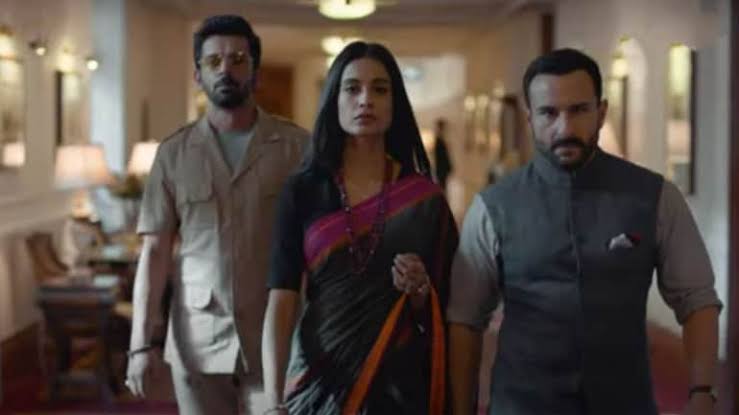 New Delhi, Jan 2 (IANS) The new year has arrived, and streaming sites have lined up an exciting array of Indian web shows. A few of these have Bollywood biggies leading the cast, too.

IANS lists Indian digital shows that should create a ripple over the coming months:

The Family Man Season 2
The show marks the digital debut of South Indian star Samantha Akkineni. She joins Manoj Bajpayee, Sharib Hashmi, Darshan Kumar, Sharad Kelkar and Shreya Dhanwantary in the cast. The makers promise an exciting, gripping and action-filled storyline while exploring relatable themes of home, belonging and estrangement. The show, which is created, directed and produced by Raj and DK, is expected to be out in February on Amazon Prime Video.

Broken But Beautiful Season 3
The first two seasons showcased a love story of two individuals (portrayed by Vikrant Massey and Harleen Sethi) who meet in the most unexpected of circumstances and soon become a support system for one another. Now, the show will have a new jodi — Sidharth Shukla and Sonia Rathee. The new season will soon stream on ALTBalaji.

Jeet Ki Zid
Starring Amit Sadh, Sushant Singh and Amrita Puri, the series tells the story of a couple whose never-give-up attitude helps them overturn various impossible situations. The show, which includes action sequences and Army missions, marks the digital debut of producer Boney Kapoor. It will stream on Zee5 from January 22.

Mumbai Diaries 26/11
The medical drama stars Konkona Sen Sharma, Mohit Raina, Tina Desai and Shreya Dhanwanthary in lead roles. Created by Nikkhil Advani, it is set against the backdrop of the terror attacks of November 26, 2008. The show depicts the untold story of doctors, nurses, paramedics and hospital staff, who worked tirelessly to save lives during the attacks. It will premiere in March on Amazon Prime Video.

The Test Case Season 2
Season two will see actress Harleen Sethi donning uniform to play an army officer. It will trace a woman officer’s journey to prove that she can stand head-to-head in a conflict. It will soon arrive on ALTBalaji.

LSD: Love Scandal and Doctors
The medical thriller, starring Rahul Dev, Siddharth Menon and Punit Pathak, revolves around a murder and finding out whether it was planned or accidental. It will showcase power, politics, nepotism and competition. The show will stream on ALTBalaji soon.