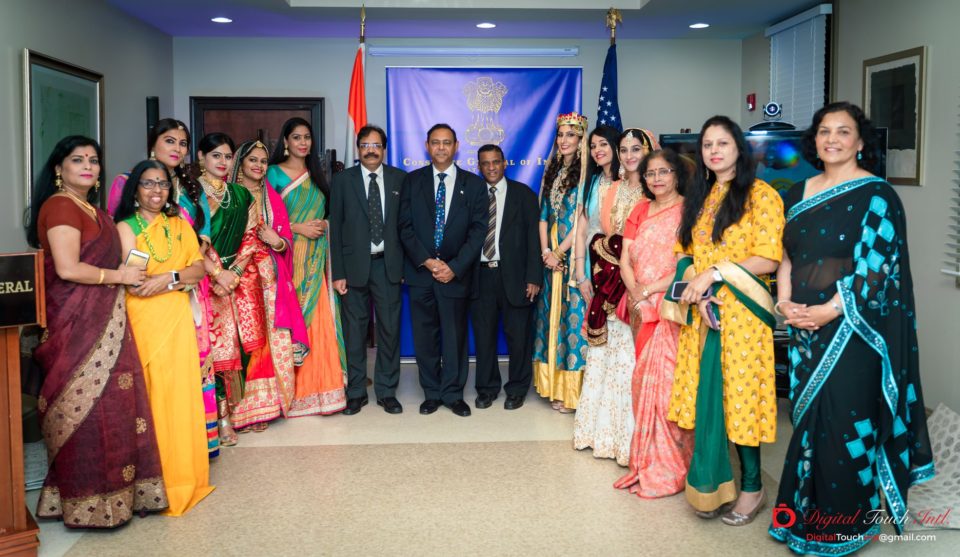 Atlanta, GA: The Consulate General of India, Atlanta showcased India’s rich cultural heritage with an array of performances in honor of the annual day celebrations of The Indian Council for Cultural Relations (ICCR). The cultural extravaganza was held on April 9, 2019 at the Consulate General of India premises. Shailesh Lakhtakia, Consul for Community Affairs presided over the proceedings for the evening.

“ICCR was founded in 1950 by Maulana Abul Kalam Azad, independent India’s first Education Minister, to foster, strengthen and promote cultural exchanges with other countries and people and develop relations with nations,” elaborated Consul Lakhtakia in his address. He also stressed upon the commendable work being done by ICCR in promoting Indian culture abroad and also providing glimpses of other cultures to the people of India.

A film received from ICCR and a slide show about ICCR educated the audience about the organization. The Consulate also presented a video to promote the upcoming International Day of Yoga to be held on June 23, 2019.

The exceptional line up of programs opened with a talk about the importance of Indian culture and yoga by Dr. Somveer Arya, deputed by ICCR as Yoga and cultural teacher in Atlanta for two years.

The night concluded with a sumptuous spread of Indian delicacies for the guests.

Incepted on April 9, 1950, ICCR is an autonomous organization of the Government of India, with the objective to actively participate in the formulation and implementation of policies and programs pertaining to India’s external cultural relations through cultural exchange with other countries and their people. The Council addresses its mandate of cultural diplomacy through a broad range of activities. In addition to organizing cultural festivals in India and overseas, the ICCR financially supports a number of cultural institutions across India, and sponsors individual performers in dance, music, photography, theatre, and the visual arts. It also administers the Jawaharlal Nehru Award for International Understanding, established by the Government of India in 1965.