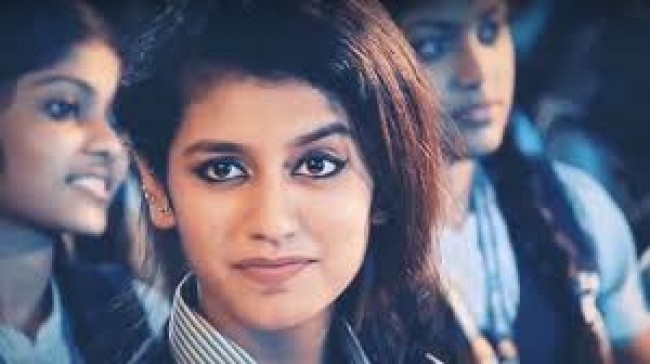 Staying the criminal action on an FIR and complaints in both the states, a bench of Chief Justice Dipak Misra, Justice A.M. Khanwilkar and Justice D.Y. Chandrachud said that action could not be initiated in other states as well.

Priya’s lawyer Harris Beeran told the court that there has been no case filed against her in Kerala though. Priya shot to fame following her “wink song” from the film “Oru Adaar Love”.

The stay order will cover the film producer and director Omar Lulu.

Speaking to the media at her home town Thrissur, Varrier said she had heard about the court ruling.

“I am yet to get a copy of the court order, but my counsel has said that everything has been sorted out. It’s very positive for our film. When I heard about the case in the Supreme Court, I felt worried, but now we are all happy and waiting for the film’s shooting,” said Varrier.

Lulu, who was also present, expressed happiness that things have been sorted out and the shooting could proceed as planned.

“This song has been around since 1978 and I was surprised how it became an issue now. In Kerala, I don’t think there was any opposition. Now, we are all happy and we can go forward with the project confidently,” said Lulu.

Some Muslim activists had lodged an FIR against the team of “Oru Adaar Love” in Hyderabad under Section 295A of the Indian Penal Code on February 14, for hurting religious sentiments.

A group in Maharashtra’s Aurangabad had also filed four police complaints against Varrier and Lulu on the same grounds.

The contentious scene where Priya winks at a boy features the Mappila lyrics — a traditional Muslim song from the Malabar region of Kerala — that celebrate the love between Prophet Mohammed and his first wife Khadija.

The complainants had primarily objected to the use of Mappila as background music in the scene.

Priya told the court that the song, which went viral online and is picturised on her, has been in existence for the last 40 years.

No coordination with Trump Jr. on India speech: US State Department