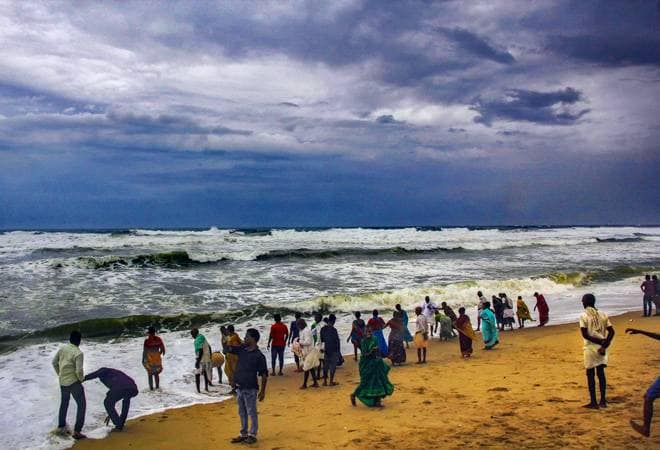 United Nations, May 4 (IANS) The Indian government’s “zero casualty” policy for cyclones and the pinpoint accuracy of the India Meteorological Department’s (IMD) early warning system have helped reduce the possibility of deaths from cyclone Fani, according to the UN Office for Disaster Risk Reduction (ODRR).

“They seem to have done a very good job in terms of minimizing the possibility for loss of life,” Denis McClean, a spokesperson for the ODRR said at a UN news briefing in Geneva on Friday.

“The almost pinpoint accuracy of the warnings, the early warnings from the IMD, allows them to conduct a very well targeted evacuation plan which resulted in 1.1 million people mainly moving to about 900 cyclone shelters.”

As of Saturday morning, less than 10 deaths were reported from the 175-kmph cyclone that made landfall in Odisha on Friday.

India’s policy of minimising fatalities from cyclones has been proven by past performances as in cyclone Phailin in 2013, when “famously the casualty rate was kept to as low as 45 despite the intensity of the storm”, McClean said.

Clare Nullis, a spokesperson for the World Meteorological Organisation (WMO), said that as a result of the lessons learned from the super cyclonic storm BOB06 that caused more than 10,000 deaths, intensive precautions are being taken to protect the people. She also mentioned how as a result, Phailin’s fatalities were far less than in 1999.

UN’s humanitarian agencies had met ahead of cyclone Fani to take stock of preparedness measures, Stephane Dujarric, the spokesperson for Secretary-General Antonio Guterres said at a briefing in New York.

The UN’s relief organisations’ resources are already stretched bringing aid to countries in East Africa reeling from a double punch delivered by cyclones Idai and Kenneth in the past two months.

Idai, which struck Mozambique on March 14 and then ripped through Madagascar, Mozambique, Malawi and Zimbabwe, left more than 1,000 people dead. Six weeks later, Kenneth hit Comoros on April 24 and tore into Mozambique the next day. The death toll in the second cyclone is about 40.

The head of UN Office for the Coordination of Humanitarian Affairs (OCHA) Regional Office for Southern and Eastern Africa, Gemma Connell, told reporters via teleconference: “We are operating two operations on shoe-string budget We desperately need more money to come in.”

Food assistance has been provided to 27,000 people affected by Kenneth despite the torrential rains that followed impacting relief efforts.

Mozambique has not had cyclones before and the two that have devastated it are the result of climate change, she said.

“What is absolutely tragic is that these weather events are impacting the people who have had the least contribution to climate change in the world.”

UN agencies are also trying to stop an outbreak of cholera in Mozambique in the aftermath of the flooding, she added.