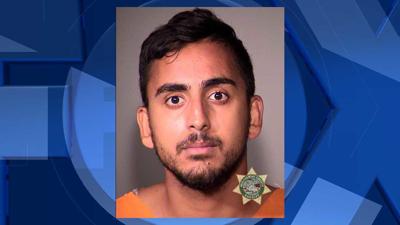 New York, Aug 23 (IANS) Two Canadians of Indian descent have been charged in the US with bitcoin fraud using Twitter, according to the Justice Department.

Karanjit Singh Khatkar, 23, and Jagroop Singh Khatkar, 24, of Surrey, British Columbia, allegedly stole 23.2 bitcoins valued at $233,220 from a woman in the north-western US state of Oregon, according to charges filed in a federal court there, the department said on Thursday.

Karanjit Khatkar was arrested when he flew into Las Vegas last month, while Jagroop Khatkar was still at large, likely in Canada, the Department said.

It did not say if the two were related.

Bitcoin is an internet-based crypto-currency and is outside the control of any country and can be stored or exchanged online for real currency or used for transaction through companies that provide the services.

The Justice Department said that according to the complaint filed in the court, the Khatkars set up a Twitter account with a name that gave the impression that it was connected to such a firm in Hong Kong and when the woman contacted them with questions about withdrawing money from that company they persuaded her to send information that enabled them to take over her email and bitcoin accounts.

The complaint said that 23.2 bitcoins were transferred from her account to that of Karanjit Khatkar, who transferred about 11.6 bitcoins to Jagroop Khatkar.

Daughter of domestic help gets US State Department scholarship