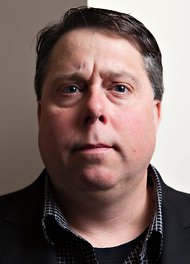 Bengaluru, March 20 (IANS) Thousands of Indian techies working in the US on H-1B visa are highly trained and skilled, the IT industry’s apex body Nasscom said Friday, refuting claims by former Infosys staffer Jack B. Palmer that they had “minimal skills and little business knowledge”

Nasscom said the US government had recognized the competitiveness of Indian H-1B workers who had spurred in thousands of businesses and investments in the US economy.

“Indian firms and their employees in the US are committed to its marketplace and are important contributors in local communities and America,” National Association of Software and Services Companies (Nasscom) president R. Chandrashekhar said in a statement

Palmer, who resigned from Infosys in 2013, told members of the senate judiciary committee during a Congressional hearing on immigration in Washington on March 17 that Indian H-1B workers replacing Americans had minimal skills and little or no business knowledge and asked the lawmakers to not to increase the number of visas.

Noting that Indian techies were doing cutting-edge work and were ingrained in everyday activities, Chandrashekhar said Palmer’s charges were not only misplaced, but also rhetorical.

“Indian IT-ITeS employees going onsite are both educated and skilled and are subjected to laws that govern that particular (American) visa category,” asserted the former telecom secretary.

Palmer’s visa fraud case against Infosys made the global software major cough up $34 million for settlement with the US government in 2013.

“We will, however, work with stakeholders to address the issue and ensure Indian firms and their employees deliver the best technologies to the US,” Nasscom noted.

Latest US labour statistics revealed that there was a need for the skills Indian techies had and that the unemployment rate in the IT sector was three percent.

“In the (US) labour market, Indian employees fill a critical need, particularly in science, technology, engineering and math fields,” said the report.

As the largest IT market, the US has been a role model in leveraging diversity, interdependent trade and innovation the world over.

It influences the Indian IT industry being the largest geographic market for India, accounting 62 percent of the industry exports.

As foreign workers are brought into the US to meet shortage of skilled workers in the IT sector, American firms leverage Indian talent to keep their competitive edge in the global marketplace.