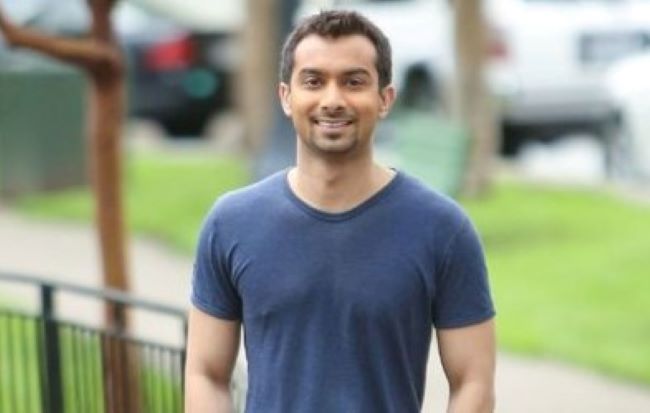 New Delhi, Feb 19 (IANS) Five Indian-origin personalities, including Apoorva Mehta, founder and CEO of Instacart and Chandra Shekhar Aazad of the Bhim Army are part of the TIME magazine’s annual list of 100 “emerging leaders who are shaping the future”.

The 2021 TIME100 Next features highlights 100 emerging leaders who are shaping the future.

The others on the list are Twitter’s lawyer Vijaya Gadde, UK’s Finance Minister Rishi Sunak, doctor and Executive Director of non-profit Get Us PPE Shikha Gupta and founder of non-profit Upsolve Rohan Pavuluri.

The Time profile on Aazad says, “Chandra Shekhar Aazad, 34, is a Dalit — a member of India’s most oppressed caste group. The movement he leads, the Bhim Army, runs schools to help Dalits escape poverty through education. It also practices a distinct brand of assertiveness, sweeping into villages on loud motorbikes to protect victims of caste-based violence and organizing provocative demonstrations against discrimination”.

It adds that in September 2020, when police in the state of Uttar Pradesh delayed investigation of the fatal gang-rape of a 19-year-old Dalit woman, allegedly perpetrated by four dominant-caste men, Aazad and the Bhim Army spearheaded a campaign for justice.

“The protests and public outcry that followed eventually led to the accused rapists’ arrests. (They deny the charges.)”, the profile said.

Time said Aazad has also lent his support to several other progressive movements, including recently to farmers protesting against corporate agricultural reforms.

“He hopes to turn the reach of the Bhim Army — and his own growing popularity — into wins at the ballot box, and in March 2020 launched a political party. Its first real test comes during elections next year in Uttar Pradesh, where Hindu nationalists are politically dominant,” the profile said.

“Despite the Bhim Army’s muscular stance, Aazad has also cultivated an aura of charismatic approachability through deft use of social media; even Aazad’s luxuriant mustache — a style seen by some dominant castes as a status symbol — is a form of resistance,” Time said.

“By challenging the notion that Dalits should be deferential, says Dhrubo Jyoti, a Dalit journalist at the Hindustan Times, Aazad and the Bhim Army “have visually and psychologically changed the pitch of caste resistance in India”, the Time profile said.

On Shikha Gupta, Time said, “Powered by a dedicated coalition of medical professionals and other team members, the Get Us PPE organization, where Gupta is the executive director — has helped distribute more than 6.5 million pieces of PPE to frontline workers.”

In 2018, 25-year-old Rohan Pavuluri founded Upsolve, a nonprofit that offers a free online tool to help users fill out bankruptcy forms on their own. To date, Upsolve has helped U.S. users relieve more than $300 million in debt. “We’ve found a way to use technology to address a civil rights injustice at scale,” Pavuluri says, according to the Time profile.

UK Chancellor Rishi Sunak remains the country’s most popular politician, according to the pollster YouGov. And he’s the oddsmakers’ favorite to be Britain’s next Prime Minister, Time said.

Twitter CEO Jack Dorsey was on a private island in the Pacific when he found out President Trump had been suspended from his platform. Conveying the news, on January 6, was Vijaya Gadde, Twitter’s top lawyer and head of policy, the Time Profile said.

“In a phone call, first reported by the New York Times, Gadde told Dorsey that the decision had been taken to reduce the risk of further violence after the attack on the Capitol earlier that day. Within two days, Gadde and a team of other employees had persuaded a hesitant Dorsey to ban Trump permanently,” it added.

Gadde, 46, is one of Twitter’s most powerful executives. Her boss, Dorsey, has delegated to her Twitter’s content-moderation decisions; she was the architect of the 2019 decision to ban all political advertising, and is responsible for the warning labels that Twitter applied to COVID-19 and election-interference misinformation in 2020, the profile said.

In the early days of the COVID-19 pandemic, Instacart faced a tidal wave of orders, as people with means opted en masse to pay the service’s workers to buy groceries for them. Apoorva Mehta, the company’s 34-year-old founder and CEO, calls that period a “wartime moment”: “We just didn’t have enough shoppers.” Instacart went on a hiring binge in March 2020, bringing on 300,000 gig workers in a matter of weeks; the next month, it announced it would hire a quarter-million more, Time profile said.

Instacart — which raised more than $500 million in venture-capital funding last year — continues to expand. “The smartphone is the supermarket of the future,” Mehta says. “We are going to help co-create that.”