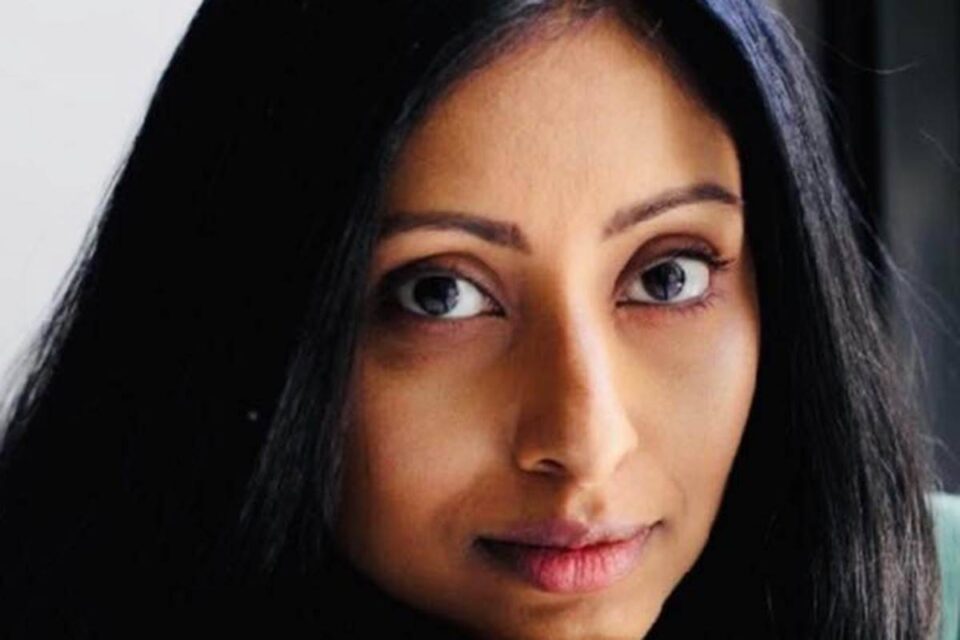 New Delhi, Aug 6 (IANS) Its been a “long and difficult” journey spread over seven years and eight drafts, says author Avni Doshi, whose novel “Burnt Sugar”, about a torturous mother-daughter relationship, has been longlisted for the 50,000 pounds Booker Prize 2020 along with 12 others, admitting she was moved to “tears” when receiving the news and has thanked the jury for “deeply” engaging with her work.

“The journey has been long and difficult to say the least,” Doshi, who lives with her family in Dubai, told IANS in an email interview. It goes back to 2013 when she won the Tibor Jones South Asia Prize at the 2013 Kolkata Literary Festival for new unrecognized talent with an unpublished manuscript. She started working with a literary agent but realized that the book “was in no way ready to see the light of day” and began “revising it, playing with the perspective, the form and the tone”.

“I was lucky enough to do a writing fellowship at the University of East Anglia in the UK, and it was there that I sat in on my first craft classes. Workshopping sections of my book, I began to really take it apart, to see where the holes were,” she said.

Describing this as “deeply humbling” she said she “learned that writing is all about editing and rewriting, that you can always get closer to what you are trying to say. I kept working on the book, sometimes losing hope”.

Doshi parted ways with my literary agent around the time she moved to Dubai with her family, “which was very difficult. I was in a new city and felt completely alone in terms of my work. In the end, it took eight drafts and seven years to get the book to where it is today”.

Once the book was ready, she again sent it to literary agents “and got a number of rejections” before she had any success. The book was published in India last year as “Girl in White Cotton”. It’s being published in the UK now and the US next year as “Burnt Sugar”. And translations are on the way.

Little wonder then that Booker jury chair Margaret Busby described the book as an “utterly compelling read (that) examines a complex and unusual mother-daughter relationship with honest, unflinching realism – sometimes emotionally wrenching but also cathartic, written with poignancy and memorability”.

What’s Doshi’s take on this?

“It’s very gratifying when anyone engages deeply with your work and has an emotional reaction,” she said.

Busby is not alone in her admiration for Doshi’s book, which has been described as “taut and unsettling, a dark, ferocious novel” by Fatima Bhutto, the daughter of former Pakistani Prime Minister Benazir Bhutto and the granddaughter of former Pakistani Prime Minister Zulfikar Ali Bhutto and the author of the trailblazing “Songs of Blood and Sword” about the murder of her father, Murtaza Bhutto, by the Pakistani police.

“Avni Doshi is a writer of surgical precision and sharp intelligence. This novel of mother-and-daughter resentments and the deep, intimate cuts of ancient family history gleams like a blade – both dangerous and beautiful. I loved it,” opined Elizabeth Gilbert, whose bestselling memoir “Eat, Pray, Love” has sold over 12 million copies, has been translated into over 30 languages and was made into a similarly titled film in 2010.

Given the subject, how difficult was it to write the book? Did Doshi draw on her personal experiences in doing so?

“I definitely felt I lived the book while I was writing it, and went through my character’s upheavals with her – but there are really no similarities between her life and mine. Nor is my mother anything like the mother in the book. That’s the best part about fiction. You can explore your fantasies and your nightmares,” Doshi explained.

“Burnt Sugar/Girl in Cotton” (HarperCollins) traces the journey of the protagonist, Antara, who has never understood her mother Tara’s decisions – walking out on her marriage to follow a guru, living on the streets like a beggar, shacking up with an unknown artist and rebelling against society’s expectations. But when Tara starts losing her memory, Antara searches for a way to make peace with their shared past, a past that haunts them both.

As she relives her childhood in Pune in the eighties, Catholic boarding school in the hills of Maharashtra, and her years as a young artist in Bombay, Antara comes up against her own fears and neuroses, realizing she might not be so different from Tara after all.

Why Pune? Doshi was born in New Jersey after her parents migrated to the US but she maintained her cultural links with regular visits to India. Her mother’s family was settled in Pune and a lot of women in the family were connected with the Rajnesh Ashram in the city.

Did this have a bearing on the book?

“Yes, the ashram has had a central place in my imagination from the time I was a child. I’ve only been there once myself, but I was interested in the ashram of my imagination rather than the actual place,” Doshi said.

How does she see the road ahead?

“Hopefully I will be able to write more novels in the future,” Doshi concluded.