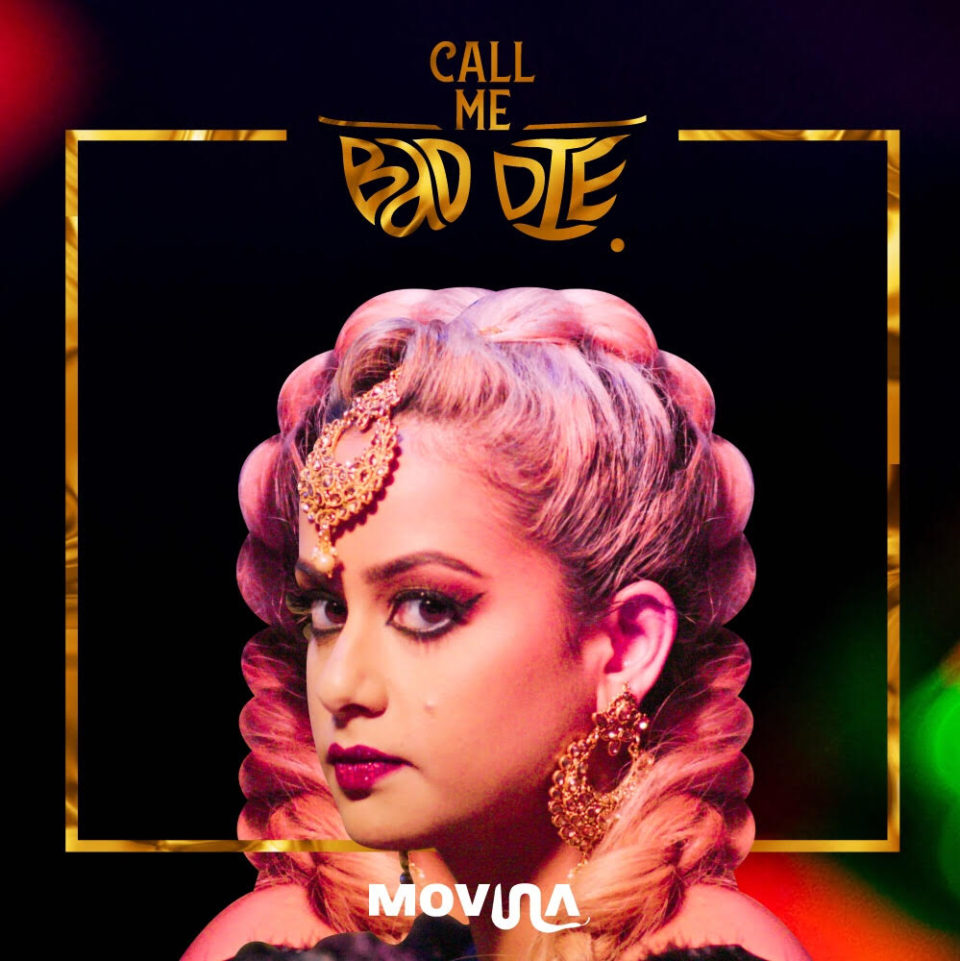 Atlanta’s Movina Nagarajan released her first official single, “Call Me Baddie” recently. In this interview with NRI Pulse, the Emory University grad who has a double degree in Economics and Music, says she wrote the song for all “baddies” out there who are following their dreams, putting in the hard work, and doing it all with style.

“Call Me Baddie” is a bold female anthem. Explain. Why is bad good in today’s context?
The “good girl” is always glorified in our society. The girl who is sweet, noncontroversial, the good daughter, the good mother, the good wife – these are things society expects us as women to emulate. Unfortunately, along with these labels come other more limiting expectations. To be humble you can’t be confident, to be noncontroversial you can’t speak your mind, to be respectful you can’t challenge archaic traditions, to be a good mother you have to put everyone else first, to be sweet you can’t be sexy. I’ve always found these expectations extremely suffocating. We as women and people in general have so many different facets to ourselves. Having one quality doesn’t negate the other. If being confident, self-aware, sexy or outspoken are offensive and go against what some think a “good” girl should be, then call me bad. I have no interest in fulfilling someone else’s fantasy of the good girl, I’m too busy fulfilling my own dreams.

“Call Me Baddie” is a rejection of the idea that there is a perfect woman. The song is an ode to the rebellious and unapologetic side we all have. It’s a bold self-love anthem encouraging everyone, both men and women, to embrace themselves and shrug off society’s expectation of who they should be.

Not many Indian-Americans think of making a career in mainstream pop. What sparked the interest, and what kept you motivated?
My parents love the arts and so I was always exposed to it at home through their favorite movies or songs. They put me in singing and dancing lessons when I was around 6 years old and it has since remained a part of my life. I don’t think that’s too different from most kids, but I just became extremely enamored by music. It speaks to me in a way not much else does. I knew I wanted to be a singer very soon after and every year without fail I continued my music education. I even ended up getting a double major at Emory University in Economics and Music.  In fact, I entered college without any plans to study music but after my first semester I missed it so much I decided to major. The love I have for music is still my biggest motivation. I spend my free time listening to music, making music, or learning more about the industry. It’s natural for me. Things wouldn’t feel right without a tune playing in my head.

What’s the music scene like? Is it more open to diverse voices, more experimentation?
The music scene has changed drastically in the past 5 to 10 years. With so many different streaming platforms and social media apps we can access music in any corner of the world within minutes. It opens up the market and widens the reach on audiences. And as a result, we are privy to so many diverse and different voices today. A decade ago everything was decided by the big record labels including what you could hear on the radio. Now you can be your own tastemaker and listen to whomever you want whenever you want. Of course, with instant access comes many other challenges. It forces artists to be much more self-reliant today.  Whereas a couple years ago the labels would create a path for you, now almost all the initial leg work has to be done on your own. But ultimately for me it creates more space to play and create. As someone who has very specific ideas and who knows the kind of career I want to build, it gives me more freedom to experiment.

A creative person’s journey is riddled with rejections. How do you deal with them?
Yes it is. It really is. The rejections are frequent and harsh. You put your inner most thoughts and feelings out there for people to consume. And they are free to comment and react to them as they see fit.  There is no HR department in the music industry so everything, good or bad, goes. You have to filter the feedback yourself and know when to listen and when to ignore criticism. Having good people around is important as well.  They are the ones who support you and make you feel safe through the ups and downs. But I do believe there is a certain kind of mental makeup and stamina you need to possess in order to get through it all. I’m always toeing the line between forming thick skin to protect myself and letting my gooey insides take over so the creative juices can flow. It’s unusual to say the least.

How did your family and their social circle react to your decision to get into a career in music?
It really wasn’t much of a surprise for my family. They always knew it was what I wanted to do and they were always supportive. I never got any resistance from them. My parents were wary about the industry and probably still are but more than anything else they want me to succeed. Both their daughters are creatives, so I think they’re used it. They are always brainstorming with us and when we need help to work through delicate situations, they are the first ones we go to. As for extended family, friends, and the rest, I don’t really know. Some express surprise, some are skeptical, some probably think I’m crazy. It’s not exactly normal for an Indian girl to aspire to be a global pop star. But they are watching to see if it can really be done. And the truth is I’m up for the challenge.

Tell us about the genesis of “Call Me Baddie”.
It all started with the word “baddie”. I knew I wanted to write something bold and loud. I came up with the hook first and sang it to Joey Casanova, my producer, at the studio. We immediately got to work and he started producing around the chorus on the spot. I took the track home and wrote the rest of the melody and lyrics and it was recorded in a couple more sessions.  As for the video, I always have a general idea of the feel I want when I’m writing songs. My sister and the director of the music video, Meghna, was in the studio with me at most of the sessions and she started thinking up ideas for the video immediately as well.  We spent a lot of time figuring out the specifics together. We poured over every detail from the colors, the sets, the camera movements, the choreography, to the outfits. It was very much a joint effort. We had a crew of about 15 talented people who helped us execute our ideas over 3 days. The editing process turned out to be a lengthy and challenging process as well.  We learned so much through it though. Meghna is my favorite collaborator. She is a maverick in the way she approaches ideas and situations. The music video for “Call Me Baddie” is a true testament to our teamwork.

“Call Me Baddie” was a semi-finalist at the New York Cinematography Awards. How does that feel?
It was! It was officially selected for the Indie Visions Film Festival as well and Meghna was named the Best Student Director at the European Cinematography Awards. It’s always a nice surprise to win awards but more than anything it is a humbling acknowledgement of all the hard work that went into this project. As I mentioned before, Meghna and I really worked on this project hand in hand. She produced the video and thought up all the ideas with me, but when it came to the execution and shooting, she was the captain of the ship. She put together a very talented crew and was able to lead them, me, the model, and dancers through a 3 day shoot. It is hard to keep everyone motivated and on the same page through long hours but she did exactly that very naturally and professionally. You can do all the planning in the world but executing the idea is the real test at the end of the day. Meghna is one of the fastest thinkers I know. She solves problems at lighting speed and knows how to follow well laid plans. At the same time, she also knows when to abandon something when it’s not working and find a better solution. I wasn’t surprised she did all that and more with ease, I’m just happy I was there to witness her genius. It’s even sweeter that we are getting all this recognition for something both of us hold so dear. We are both very grateful.

What’s next in your creative journey?
I am working on my next song right now which will be out by the end of the year. That will be followed up with more songs and my debut album in 2020. A lot of exciting new music and many more fun music videos to accompany the songs. And then it’ll be time to tour which I can’t wait for. This is just the start for me. I have so much more to express and learn. I hope to do all that and more through my music.