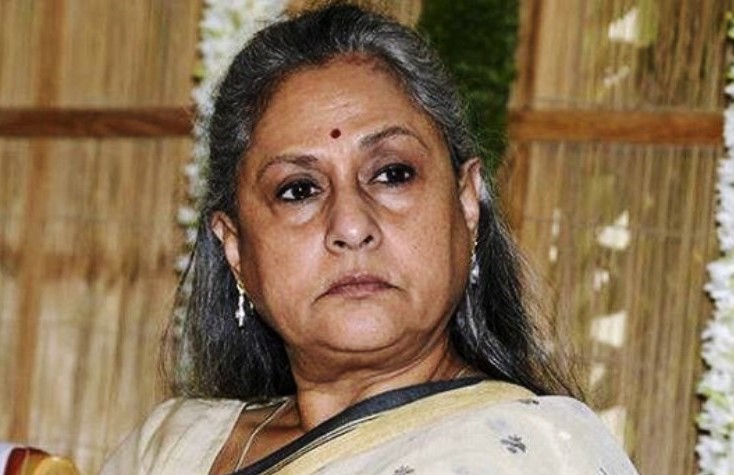 New Delhi, Sep 15 (IANS) Amid a raging controversy over drug use in the film industry in connection with a probe into the death of Bollywood actor Sushant Singh Rajput, Samajwadi Party MP and veteran actor Jaya Bachchan on Tuesday slammed all those who have been calling the Mumbai-based entertainment industry a “gutter”.

“Sir I want to talk,” Bachchan requested Rajya Sabha Chairman M. Venkaiah Naidu as she stood up to seek government support for the industry.

Naidu stopped her and requested her to wear a mask. She responded that her voice will not be clear if she spoke while wearing the mask.

“My name is Jaya Bachchan,” she said taking everyone by surprise, and Naidu too said that she being a well known personality need not introduce herself.

“Sir thanks a lot. But the same industry is being tarnished,” she said.

“At a time when the situation is depressing and employment is at its worst level, in order to divert people’s attention, we are being flogged by social media,” she said, adding that all this was because the government was not coming out in support of the industry.

She said that there are people in the industry, who are the highest tax payers and they are being harassed. “All kind of promises are being made to industry but never kept,” she added.

“I think the government must stand by the entertainment industry as it always comes forward to help the government in whatever effort it makes. If there is national calamity, they give their money and everything. The government must support it and not kill it,” she said, adding, “Just because there are a few people (doing bad things), you cannot tarnish the image of the entire industry.”

The veteran actor, who is married to Bollywood legend Amitabh Bachchan, said the entertainment industry brings international name and recognition to the country.

Taking a swipe at actor and BJP MP from Gorakhpur Ravi Kishan, without taking his name, Jaya Bachchan said: “I was really embarrassed and ashamed as a Lok Sabha MP spoke against industry.”

“Jis thaali me khate hai, usi me ched karte hai,” she said in Hindi in a dig at the actor, literally meaning destroying the goose that lays the golden egg.

Kangana Ranaut and several other actors have opened up over the use of drugs in Bollywood. Amid the drug controversy, Ranaut has compared Mumbai to POK (Pakistan occupied Kashmir). The BrihanMumbai Corporation has also razed Ranaut’s office in Mumbai over illegal construction leading to fresh war of words between the state government and the actor.