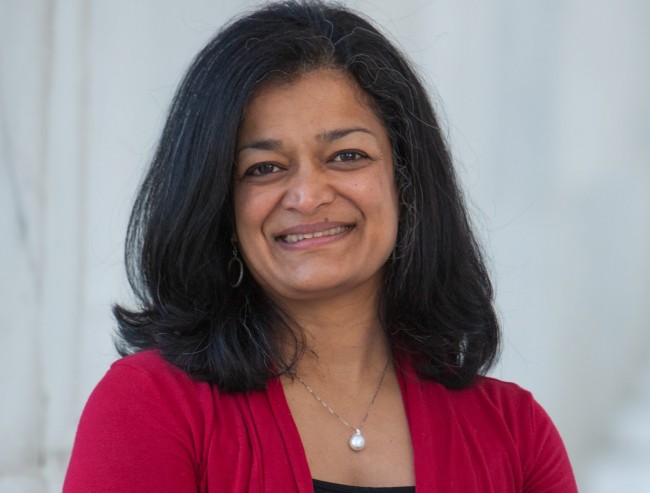 Washington, Jan 31 (IANS) Pramila Jayapal, the first Indian-American woman to serve in the US House of Representatives, has sought a larger Covid-19 relief package with full access to immigrants and path to citizenship for essential workers, the media reported.

Addressing an event last week, Jayapal, the Chair of the Congressional Progressive Caucus, said that President Joe Biden has done “really well” on progressive priorities, but his proposed $1.9 trillion relief package should be between $3 and $4 trillion to meet Americans’ needs, The American Bazaar reported on Saturday.

Biden’s $1.9 trillion ‘American Rescue Plan’ package includes over $400 billion to combat the pandemic directly such as more funding for testing and vaccine distribution; roughly $1 trillion in direct relief to households; and over $400 billion for hard-hit small businesses and communities.

Despite enthusiasm from the Democrats, the nearly $2 trillion price tag has drawn backlash from some Republican senators, who have aimed to hold down the overall cost of the economic relief, especially after the $900 billion bill approved in December 2020.

“This is not a normal time. We’re trying to act like it’s normal,” The American Bazaar quoted Jayapal was as saying at the event.

“I have only limited tolerance for a Republican Party that wrings its hands and talks about unity and moving forward. We had an insurrection where their leader of their party incited that insurrection and many of them continue to support him.

“We feel very good about where he’s (Biden) started. He’s gone a far way from when he started his campaign to where he is as President.

“I do think he understands the crises and the fact that this is a history-making time and a legacy-making time for him, and frankly for our country,” the Indian-American Congresswoman added.

Jayapal further said that she pushing Biden to cancel student loan debt, a move she said the President is trying to determine whether he has the power to make.

The assassination of Mahatma Gandhi and Mirpur