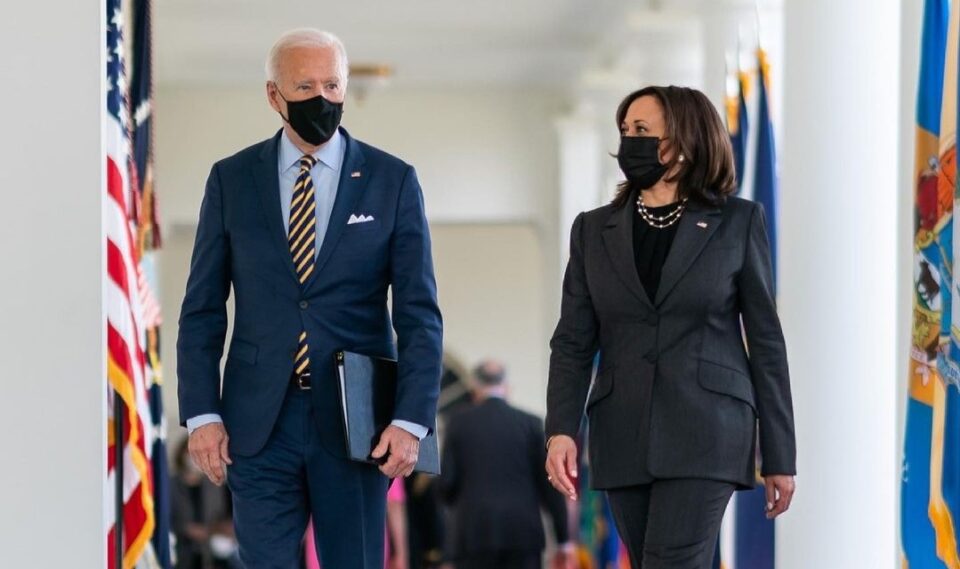 Washington, Nov 15 (IANS) US President Joe Biden’s ties with Vice President Kamala Harris are in crisis, with the latter’s staff furious that she is being ‘sidelined’, while the President’s team is increasingly frustrated by how Harris is playing with the American public, the Daily Mail reported.

Harris’ approval rating has plunged even further than Biden’s in recent months, with rumours swirling that the US President is considering appointing her to the Supreme Court as a backdoor method of selecting a new Vice President, the report said.

Harris and her top aides are reportedly frustrated with Biden for handing her ‘no-win’ issues like the border crisis, White House insiders told CNN.

They cited how the President defended ‘white man’ Pete Buttigieg, the transportation secretary, more vigorously than her.

At the same time, Biden’s staff are reportedly disappointed with Harris over self-inflicted controversies, like her ‘awkward’ laughter when asked about visiting the border by NBC’s Lester Holt.

They blame her failure on the border crisis for sliding poll numbers. A new ABC News/Washington Post poll shows Biden at 53 per cent disapproval and 41 per cent approval — down 11 points from April, the report said.

Publicly, the White House insists that the relationship between Biden and Harris remains harmonious and productive.

But privately, Harris’ aides gripe that she’s been set up to fail, and handed a portfolio that is not commensurate with her historic status as the first woman, and first woman of colour, to hold the Vice President’s office, the report said.

“They’re consistently sending her out there on losing issues in the wrong situations for her skill set,” a former high-level Harris aide told CNN.

Typically, the incumbent Vice President is considered an automatic lock for the party’s next open-field presidential primary.

For the Democrats, it’s not clear whether that day will come in 2024, if Biden decides not to seek re-election at the age 80, or 2028, if he runs again as he has vowed both publicly and privately.