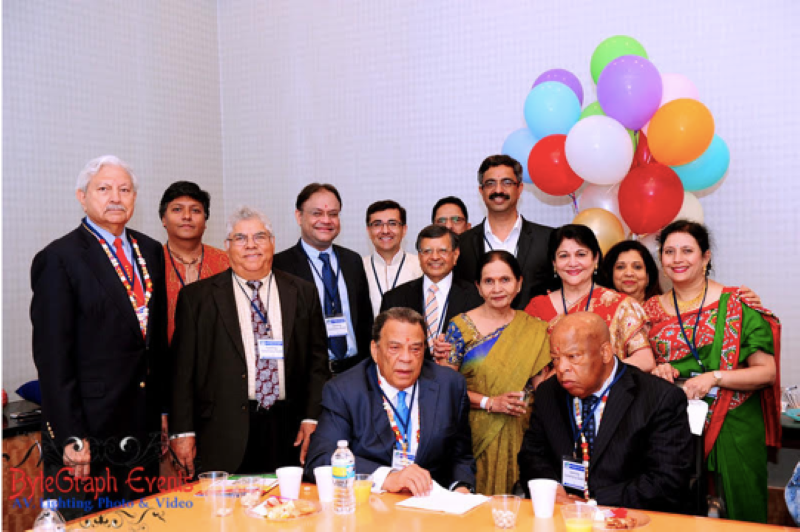 My wife (Madhu Sheth) and I had the privilege to invite Congressman John Lewis and Ambassador Andrew Young as keynote speakers at the 2015 Jaina Convention held in Atlanta. It was July Fourth weekend and luckily both were in town. On behalf of the host committee, I approached my good friend R.K. Sehgal (former commissioner of economic development) who knew both Congressman Lewis and Ambassador Young to request them to be keynote speakers at the convention of more than 5,000 delegates from all over the world.

The reason to invite them to speak at the convention was simple. The theme of the convention was ‘Nonviolence Matters’, which is the foundation of Jainism (Ahimsa). As most people know, Mahatma Gandhi learned from Jainism that nonviolence is more effective in any conflict. Gandhi had used it very effectively in South Africa to protest against the apartheid (segregation) policy of the government. Gandhi also led numerous peaceful large-scale rallies to gain India’s independence from the British Rule. And Gandhi was the role model for both Nelson Mandela in South Africa and Reverend Martin Luther King in the United States. Both congressman Lewis and Ambassador Young were followers of Martin Luther King and active participants in the Civil Rights movement of the sixties.  Atlanta had become the hub of civil rights protests. And of course, John Lewis is often referred to as the American Gandhi.

Both Congressman Lewis and Ambassador Young delivered their keynote addresses. My wife escorted Congressman Lewis to the podium and introduced him. We played a short video clip of the confrontation at the Edmund Pettus Bridge in Selma, Alabama as depicted in the movie Selma. It was simply electrifying.

John Lewis delivered, as always, one of the great inspiring speeches to an audience of more than four thousand delegates including lots of young Indian Americans. Of course, there was a standing ovation lasting several minutes. I also noticed that the young people in the audience surged forward to shake hands with him and to talk to him. At that moment, I realized what made Lewis a great leader. He knew how to relate to the next generation and inspire them to lead and get involved with “good trouble”.

While we will miss him in person, his legacy will be eternal by virtually inspiring the next generation to be on the right side of history.