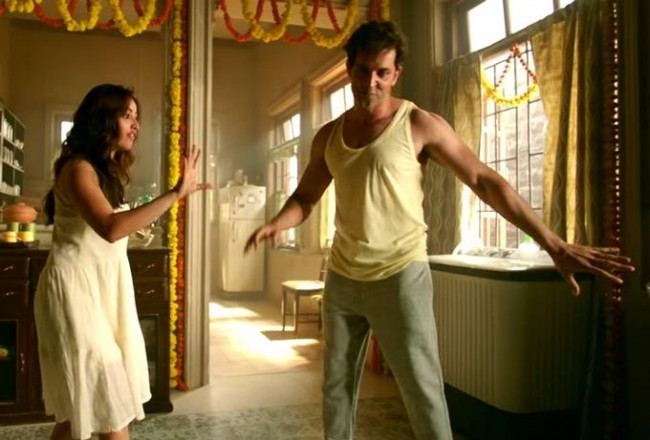 Loosely inspired from the 2013 Korean film “Broken”, which was based on a novel written by the Japanese writer Keigo Higashino, “Kaabil” is a morality tale wrapped in a fascinating revenge drama.

Rohit Bhatnagar (Hrithik Roshan) is a blind dubbing artist, whose newly-wed wife, Supriya (Yami Gautam) a pianist, who is also blind, is raped by Amit Shellar (Rohit Roy), the younger brother of local MLA Madhav Rao Shellar (Ronit Roy) and his friend Wasim, the son of a butcher.

When the couple approach police to file a complaint, they are rebuked and turned away. Disappointed they return home only to realise that the perpetrators of the crime, are emboldened to repeat the crime. Soon, Supriya takes the drastic step of ending her life.

With no hope left for justice, Rohit considers vengeance, as his only recourse and so he throws an open challenge to Inspector Amol Chaube (Narendra Jha) and his assistant that he would take revenge for his wife’s death by executing the perpetrators. He tells them that his ingeniously planned execution would neither be detected nor solved. In other words, he would commit a perfect crime. How he goes about keeping his word, forms the crux of the narrative.

A three-way game of cat and mouse chase ensues between Rohit, as he hunts the culprits, and the police hunting him. The drama and action that blurs the line between the victim and the perpetrators of crime, is exciting. But the script lacks the chutzpah of an engrossing, nail-biting thriller.

With a blend of romance and thrill designed to suit the Indian audience, the story adapted by Vijay Kumar Mishra, is engrossing. But unfortunately, the pace of the story telling is its undoing. Also, the tell-and-show technique used for the plot progression, robs the audience of its thrill factor.

On the directorial front, the first hour focuses on the romance in a perfunctory manner and thus makes the inciting moment seem forced. From the very word go you are compelled to anticipate trouble from Amit and his friend Wasim. Also most of the hero’s journey is dealt superficially. The complex issues are smoothened with cinematic liberties.

The second hour can’t sustain the initial energy, as the story focus becomes diffused and an excessive flashbacks and time jumps cause some narrative confusion.

On the performance front, while Yami and Hrithik are charming, their portrayal of a blind couple, with unblinking eyes and robotic movements is far from natural, thus making the characters seem unconvincing.

Ronit Roy in his introductory scene tries to emulate Nana Patekar as the Marathi-speaking MLA, but he soon runs out of steam. Rohit Roy playing his brash younger brother is effortless.

Narendra Jha as Inspector Chaube and his assistant have their moments to shine.

The music is nothing extraordinary and the item number “Haseeno Ka Deewana”, a remix of the yesteryear song from the 1981 film “Yaarana”, is just run-of-the-mill.

The action sequences are well-choreographed.

Overall, the film does not offer any tension nor a gripping portrait of a grieving husband. It is a mediocre fare at its best.