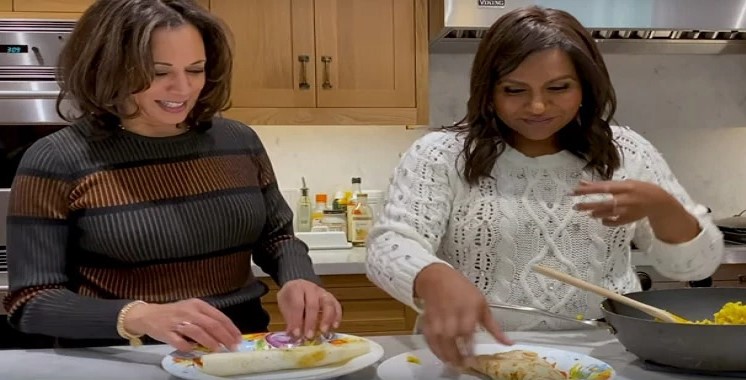 She made the remarks in a video message on Friday to mark India’s 74th Independence Day.

“To the people of India and to Indian-Americans all across the US, I want to wish you a happy Indian Independence Day,” she said as the video started.

“On August 15, 1947, men and women all across India rejoiced the declaration of independence of the country of India. (And) Today on August 15, 2020, I stand before you as the first candidate of Vice President of the US of South Asian descent.”

“When my mother Shyamala stepped off the plane in California when she was 19 years old, she didn’t have much belongings, but she carried with her lessons from back home, including ones she learned from her parents.

“They taught her when you see injustice in the world, you have an obligation to do something about it,” Harris said.

The California Democrat went on to say that this inspired her mother “to scream and shout in the streets of Oakland at the heights of the Civil Rights movement”, adding that it was during these protests when her parents had met for the first time.

Recalling her memories with her mother, Harris said: “Growing up, my mother would take my sister Maya and me back to what was then called Madras because she wanted us to understand where she had come from and where we had ancestry.

“And, of course, she always wanted to instil in us, a love of good idli.”

She also spoke about the “long walks” she took with her grand-father P.V. Gopalan, an Indian freedom-fighter, who became a civil servant and was assigned by the Indian government to help Zambia deal with its refugee problem in the late 1960s.

“In Madras, i would go for long walks with my grandfather… and he would tell me stories of the heroes who were responsible for the birth of the world’s biggest democracy.”

Besides the video, Harris also took to Twitter to extend her greetings.

“Happy Indian Independence Day! Reflecting on the past 74 years, it’s remarkable how much progress our people have made in the fight for justice. I hope you’ll join me today in celebrating and then commit to building an even better future,” she tweeted on Saturday.

On August 11, Biden picked Harris to be his running mate for the November 3 election, in a historic move that marked a breakthrough for Indian-Americans in US politics.