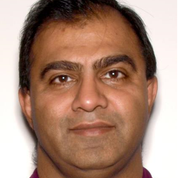 Atlanta, GA, February 6, 2019: Ketan Shah, 48, the Atlanta businessman accused of bilking Super Bowl fans out of nearly one million dollars as part of a ticket scam was arrested at a California casino on Wednesday. He has been charged with felony theft by conversion.

The lead detective met with the victims to re-interview them. He was able to gather enough information and evidence from one of the victims to obtain a felony warrant for Ketan’s arrest. The detective consulted with the Gwinnett County District Attorney’s Office and they agreed that full extradition would be given in this case. Gwinnett Police contacted Riverside County Sheriff’s Office and deputies went to Pechanga Casino and Resort and took Ketan into custody without incident.

Ketan has been charged with one count of Felony Theft by Conversion and is currently being housed in California pending extradition transport. This case is still an active case and is diligently being investigated. Further charges will be forthcoming.

Readers will remember that authorities were searching for Shah, owner of a printing business in Gwinnett, whose wife reported him missing on January 3.

Ketan Shah’s mother told police she lost $36,000 in the scam. John Brunetti told WXIA-TV he lost $50,000. Both thought they were buying tickets from Shah to last Sunday’s game in Atlanta. Shah had reportedly also taken out a $500,000 loan against his digital printing business.

Police records obtained by WSB-TV note that Ketan Shah’s family believes he went to Las Vegas as part of a “mid-life crisis”.

Shah, who had a seemingly squeaky-clean reputation, was known in the Indian-American community for his sense of humor and affable nature. He was on the board of the Georgia Indo-American Chamber of Commerce (GIACC) for several years. Shah was suspended from the board after fraud allegations surfaced last Thursday.

The Atlanta chapter of Pratham was launched on January 20, 2018 under Shah’s leadership. However, his name does not appear on their website anymore.